t has been four years since ‘Thanksgiving Live In Dome’ that was held on the June of 2010, and once again, JYJ will be having their concert at the Dome again. Just the thought that they will be able to meet the long-awaited fans, exciting atmosphere starts to fill up the air. For the fans who waited them for four years, JYJ will be presenting their best stage and will do it with their might.

Additionally, Kim Jaejoong has started his Asia tour ‘Your, My and Mine In Thailand’ on the 17th of February in Bangkok, and is currently planning his tour at Shanghai, Hongkong and Nanjing etc. Now through NAVER Star Column, let’s reveal the many facets of Kim Jaejoong!

The person I like, no matter who it is, they would have have own scent and story. Though it is the first time that we met, as long as we are able to talk with an open heart, we would become close immediately. Therefore, I like meeting new friends, making new relationships; I have also never stay at a distance from a person due to first impression, or judge one’s character from his cover.

My members would tell me, “No matter where Hyung goes, your popularity is the best. We are so envious.” Since the beginning, I was responsible for the strong image in the group, thus as compared to domestically, I received more love overseas. In the past, there were many who were prejudiced against me. Even though it might not be that much, it was what I used to feel. As I continued to have activities overseas, what I felt the most are that about people met with me with no prejudice.

Those who met me in a different culture and language, showed their liking towards me as Kim Jaejoong. Under such situation, showing off myself and saying out my own story, it made me felt comfortable. Though there is a language barrier, we interact with our true hearts, resulting an enjoyable friendship. At the same time, to be able to share such sentiments with those who happily love our music, it made me value and like their culture. 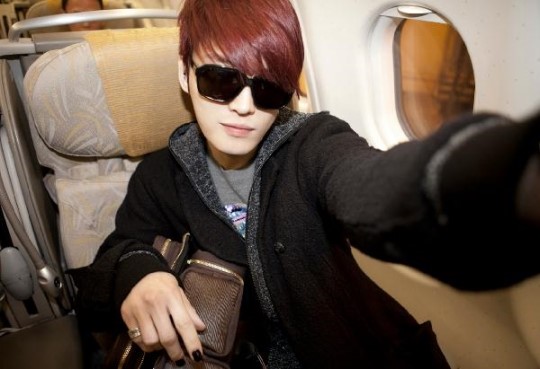 [ A photo in the plane before flying off for the tour~! ]

“You already have so many fans, don’t you feel nothing special already?” I would hear this at times during interview, and I would answer it with no doubt, “Nothing like this!”

Fans might be thinking doubtfully: My feelings? My handwritten letter? My gifts? My heart? Will it be relayed to the artiste? Definitely they would think that it is difficult to relay their feelings out. But those are really able to be relayed to artiste!

As everyone took time to prepare with their earnest heart, I will also thus try my best to listen to what fans have to say. When I am exhausted and felt terrible while thinking of forsaking everything, (fans) will be like a scary superpower, a power that cannot be seen that made me stood up once again. That is fans’ power!

Due to security issues during the tour, I would sometimes need to leave the airport or concert venue in a hurry, but people who have gathered to support and welcome me, those thoughts would made me feel warm and close (to fans) no matter when. 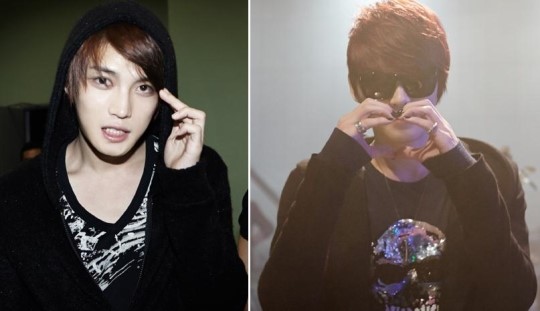 [ During rehearsal and behind the stage of Asia Tour ]

Releasing a solo album under the name Kim Jaejoong, preparing the rock genre that I have likened when I was young, though all these are new to me, I felt excited and happy about it. Besides, this is not about what was casted onto me, but the real me. It is an album about everything that I wanted to say. How handsome is this! Thus the album was titled, ‘I’. 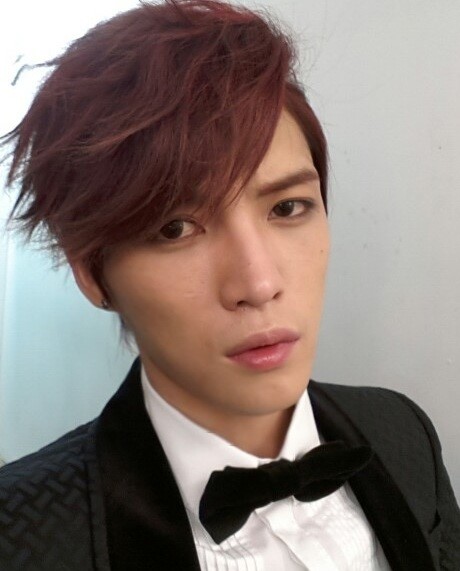 [ Day of photo shooting of promotional photos for album ]

This time, I want to try a different kind of concert. There were many ideas and anticipation was plentiful. Chatting with fans, playing games with fans, I wish to bring the cohesive feel to the fans, be it 5000 or 10000 fans, in a space. Thought it is a showcase-like mini concert, I will also sing the songs that I like, other than the songs in the album. Because of such, the concert was titled, ‘Your, My and Mine’.

[ Discussing with staff during Asia Tour ]

I had my first concert on my birthday and it was an agitating first stage. Ah! I am such a lucky person! There were so many fans who smiled for me, applauded for me and happily focused on my stage. It was really one of my best birthday ever! I really really smiled a lot (That day was also the day I have smiled the most.), I smiled to the extent thinking to myself, “Why am I like this?”

Due to the lighting on stage, I was not able to see the audience clearly. But due to a guessing game with fans, many fans in the seats were therefore shone very clearly. It was all within my view. The happy looks of everyone, the happy eyes, and those thoughts of theirs were all relayed to me. It made me felt so blessed that I was going to tear.

During the singing of ‘I’ll Protect You’ at the mini concert segment, I held my microphone towards the audience and fans sang to me, “I wish to protect you~ even your mistakes~ your bad habits too~ When it’s tough, I will make you smile~ Though it will be tough~ I will still say to you that I love you~”, after that the music started and I once again sang back to them, “I love you~ no matter who, I am the one by your side now, isn’t it~ I will grab your hand isn’t it~”… During that moment, I really felt blessed, really grateful. Fans are so adorable. 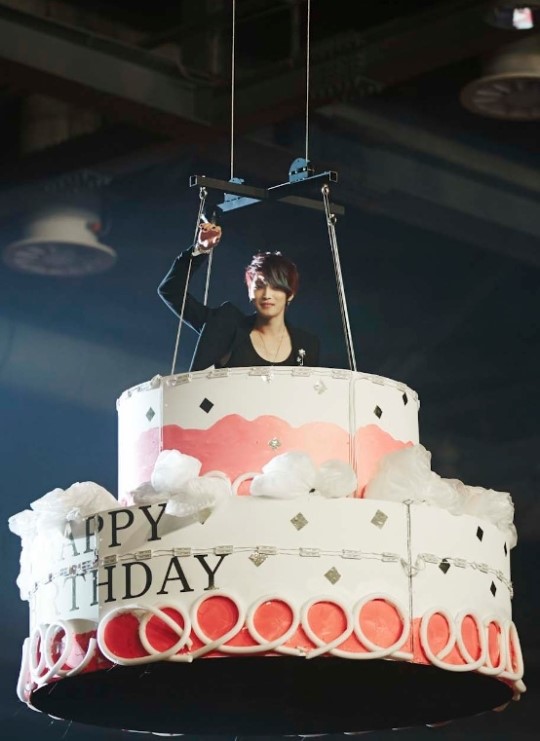 [ The first stop of Asia Tour that was in Korea, falls on my birthday… I was really grateful to be spending it with my fans. ]

So, the tour begins. The first stop is at Thailand. It has been around three years that our activities were blocked in Japan, therefore no matter be it JYJ or solo activity, Thailand will be the first stop in Asia. To us, Thailand was a meaningful country. There were many JYJ fans in Thailand and would always welcome us passionately. Therefore it is no doubt it became the starting stop of the tour. Additionally, I really love elephants and to be in Thailand with cute elephants, fans would give me a variety of gifts with elephant-motifs. 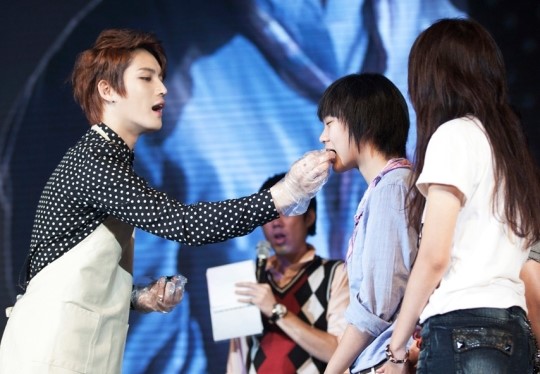 [ I made food for the fans during the concert in Thailand. It should be tastier ^^ ]

Japanese fans were also the ones that I am thankful and grateful for. After I acted in the drama ‘Sunao Ni Narenakute’, there wasn’t any much opportunities to meet with Japanese fans. But they remained the same and no matter I was acting in ‘Protect The Boss’, ‘Dr Jin’ or ‘Jackal Is Coming’, they would give their tremendous support directly in Korea.

Same goes for ‘JYJ Membership Week’ where it broke the record for the highest number of foreigners entering Korea. I was very thankful. If Korea is the main stage for activities, Japan will be alike to being the hometown, and I have many Japanese friends in Japan too, thus it’s a place I received a lot of news. 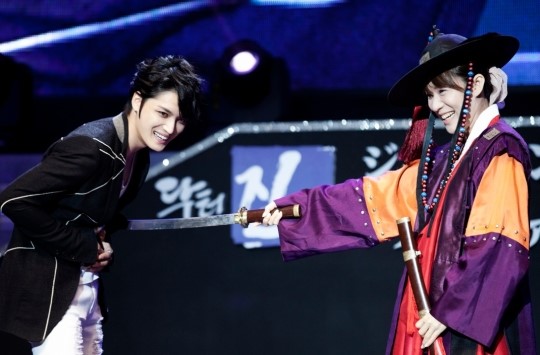 China is also a place I went frequently. I went to Shanghai, Nanjing, Hongkong etc during JYJ concert and drama fanmeeting. Though all cities are in China, the languages and culture were different in different cities. But the passionate support was the same in each city. After learning Japanese language, I recently became interested in Chinese language but it doesn’t seems to be easy. I wish to be able to say more things to fans to close up the distance! 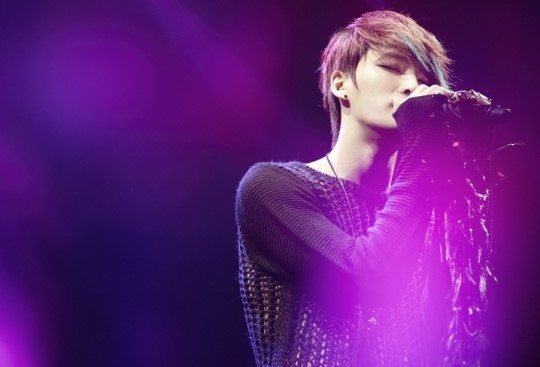 [ During the Asia Tour ]

There is actually a difficulty during Asia Tour and that is when I am in an Asian country, there were too people who likes me that I was not able to go outside, thus I will always be in the hotel. Though I was able to swim, sleep, download movies to watch, and also read comic books but it is still boring. At times like these, I would start to do what I don’t usually do.. taking selcas and show my spirit of self-entertainment. 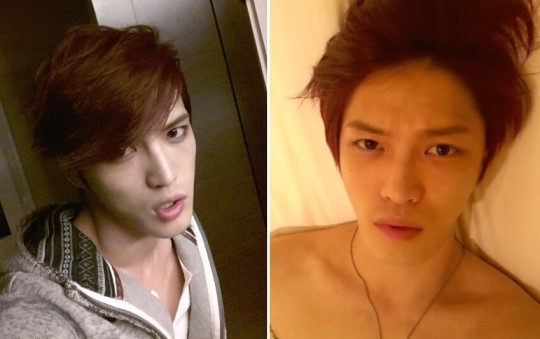 During the Asia tour, if there is something which I wish to say to the fans, I would like to say, “I have already start to miss you all. I am grateful as always and I will make my promise to bring a handsome concert for you all.” 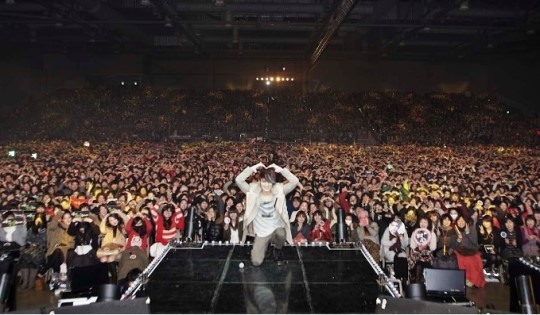 [ Affirmative photo of celebrating birthday with the fans! Really thank you~ ] 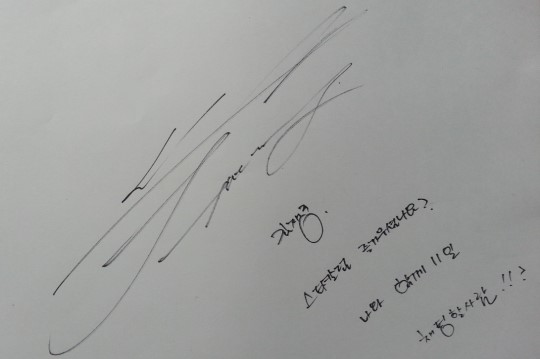 Message: Have you enjoyed reading the Star Column? Who wants to chat with me on the 11th, hands up!!?