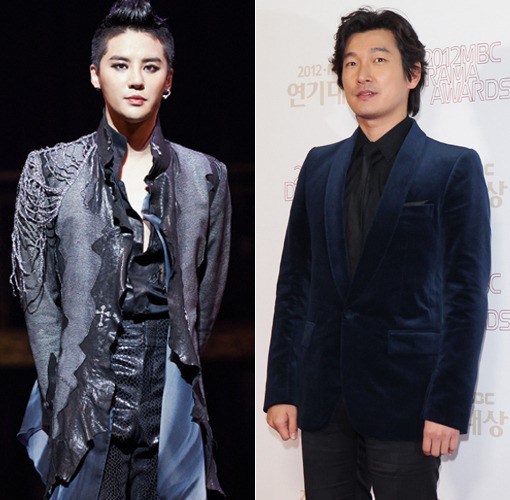 The special friendship of the ‘two power men’ of the musical industry, Jo Seung Woo and Kim Junsu, has become a hot topic.

The two people are the stars with the greatest ‘ticket power’ in the market, and boast the best successes with all of their performances selling out. It has been revealed that they actually have a very friendly senior-junior relationship with each other, keeping in touch whenever they can, sharing stories and sending each other their support.

This friendship led to Jo Seung Woo arriving at the Seoul Arts Center’s Opera Hall on the 25th to show his support for Kim Junsu, who is currently playing the role of Death in the musical ‘Elisabeth’.

One representative stated, “Though Jo Seung Woo is currently working on the musical ‘Hedwig’, he visited the Opera Hall to show his support for Kim Junsu,” and “He met with Kim Junsu before the performance and gave him words of support such as ‘You’re doing well,’ and ‘Good luck.’ It was a heartwarming sight.” Kim Junsu has always said in his interviews that, “I would like to share the stage of Jo Seung Woo one day,” putting their friendship in the spotlight once more.

[TRANS] 111221 Jo Seung Woo And Kim Junsu Are Musical Rivals? In Reality, They Support Each Other
Posted on December 24, 2011 by melodiamuse

Jo Seung Woo and Kim Junsu(JYJ), who are known as the two musical actors with the greatest ticket power, don’t see themselves as rivals, but as a heartwarming pair of friends who support each other.

The two became a hot topic when they battled it out on stage with ‘Tears of Heaven’ and ‘Jekyll and Hyde’. But recently, Kim Junsu has been garnering much attention for attending Jo Seung Woo’s musical ‘Zorro’ and the VIP preview of his latest movie ‘Perfect Game’. Many were curious to know the relationship between the two musical actors because they had assumed the two stars didn’t know each other very well.

In a recent interview, Jo Seung Woo commented that Kim Junsu was a great junior actor and said, “I asked him to come see my movie, and he really showed up. Junsu said, ‘Hyung, I really enjoyed the movie,’ afterwards.“ 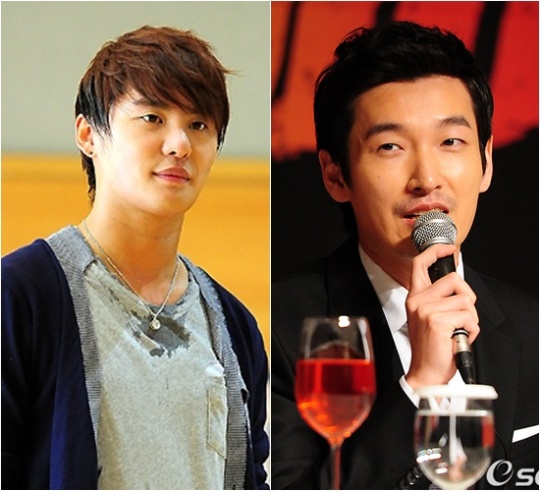 A representative stated, “The two keep in touch and frequently exchange text messages. Jo Seung Woo takes care of Kim Junsu a lot as a fellow musical actor and it’s great to see him giving Kim Junsu advice on improving his acting. Though many think that the two are rivals in the musical industry, in reality, they’re just a senior and junior who support and take care of each other. Kim Junsu recently watched ‘Perfect Game’ and was so impressed by Jo Seung Woo’s acting that he’s been telling everyone around him to go watch the movie.“

In an interview with OSEN, Kim Junsu once expressed his deep respect for Jo Seung Woo as he said, “In my heart, I’ve always wanted to stand on one stage with Jo Seung Woo.”