Posted on December 6, 2011 by jugglingtheclouds 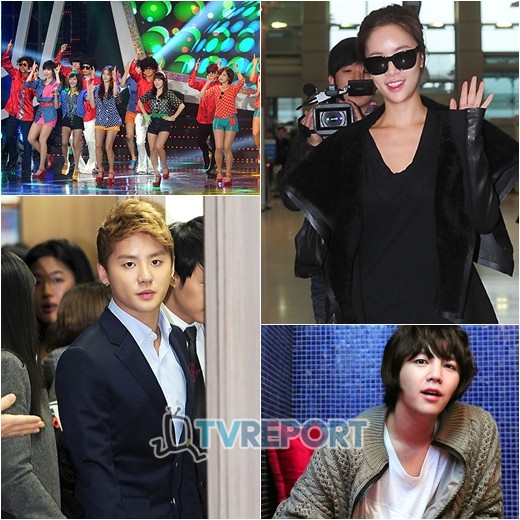 The ’2011 Asia Jewelry Awards’ which will be held for the 3rd time this year will be opening at the Seoul Intercontinental Hotel at 6pm on 6 Dec. The main organizer for this awards show is Kim Jeongju, CEO of Mucha, who has been active as a Hallyu jewellery designer, and will take place in the form of a charity auction.

With Jang Geun Suk, Kim Junsu (JYJ), T-ara, MBLAQ, Hwang Jung Eum and other artistes scheduled to attend the day’s events, much interest has been shown towards the event even before it begins.

With the global brand of Mucha and ‘Shining Love, Sharing Love’ as its theme, this awards show will include the ‘Hangul Jewellery Show’, the ‘Kiss by Mucha Jewellery Show’, and the ‘Mucha’s Tiara Show,” a total of three concepts.

Popular pieces, personally designed by jewelry designer Kim Jeongju, that have been featured in dramas such as ‘Lie to Me’, ‘Winter Sonata’, ‘Star’s Lover’, ‘You’re Beautiful’, ‘Protect the Boss’, ‘My Girlfriend Gumiho’,’My Princess’, the animated version of ‘Winter Sonata’, as well as the musical ‘Tears of Heaven’ will also be exhibited.

Following the jewelry show, the jewelry awards will be held, with charity performances by Kim Junsu and T-ara.

After the awards, a charity auction involving Jang Geun Suk (World Star Award), Kim Junsu (World Kpop Superstar Award), T-ara, MBLAQ (Diamond Award), Uhm Jiwon (Jewel Award), Lee Jaehwang, Hwang Jung Eum (Jewel Award) will be held. They will be contributing pieces from their personal collections to raise funds through the auction with Mucha. All proceeds from the auction will be donated to UNICEF.

The spokesperson for Mucha expressed that, “All theses corporations have gathered at this event to become a warm hand that reaches out to those in urgent need of assistance, and has great meaning in demonstrating the spirit of ‘Noblesse Oblige.’ With a jewelry performance that bears the soul of Mucha, we hope to showcase to the world of Korea’s design quality, and the beauty of the Korean culture, and we want to help further develop the Korean cultural industry.