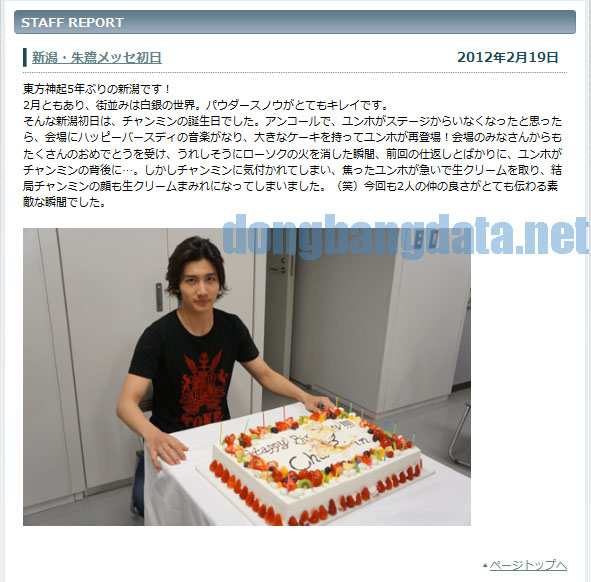 Even in February, the streets look like it is a silver world. The powder snow is really beautiful.

Such a first day in Niigata, was Changmin’s birthday. During the encore, just as Yunho disappeared from the stage, the tune of “Happy Birthday” sounded in the arena, and Yunho reappeared carrying a huge cake! With well wishes from everyone at the stadium, the candles were blown from the cake happily, and to exact revenge for the previous incident, Yunho came from behind Changmin….but he was noticed by Changmin, and rushed to take the fresh cream from the anxious Yunho, but eventually Changmin’s face was smeared with fresh cream. (Laughs) This was another of the special moments where the close relationship between the two men could be seen.