[TRANS] 120604 JYJ’s Jaejoong, Popular Among His Co-Stars At The Filming Site Of “Timeslip Dr. Jin” 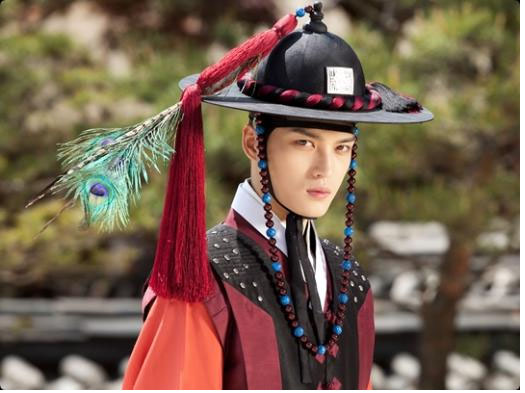 “Timeslip Dr. Jin’s” Jaejoong is monopolising the interest of his senior co-actors at the filming site.

In MBC’s “Timeslip Dr. Jin”, Jaejoong plays the role of an official at the constable office, and the illegitimate son of the vice-premier Kim Byung Hee (played by Kim Eung Soo). Although he is skilled in martial arts and is talented, he receives verbal abuse from his father and the other nobles due to his low social status. In the third episode, there was a scene where he was kicked by his half-brother, Kim Dae Gyun (played by Kim Myung Soo).

However, the scene at the filming site is opposite from what is seen in the drama, as Jaejoong receives much love. Kim Eung Soo, who plays the role of his father addresses Jaejoong as “my son” or “youngest child”. On the other hand, Kim Myung Soo, who playes his brother,  was seen rushing up and hugging Jaejoong after the kick scene ended saying, “Jaejoong is in pain. What should we do?”, showing much affection.

Program officials revealed, “Jaejoong always arrives the earliest at the filming site to prepare. It is impressive how he always gives his best, and the other actors all feel very affectionate towards Jaejoong. Unlike what is seen in the drama, at the filming site, they (affectionatey) call him “our Jaejoong”.”

Representatives from Jaejoong’s management agency also showed their anticipation, “It seems that cohesiveness has already formed among the cast. The valley scene which appeared in episode 3 was filmed at a location which required them to go down 250 to 300 steps. As no one was keen to come back again, the cast became close as they waited together while filming throughout the entire day. The atmosphere at the filming site is very good, (we can look forward to) them coming together to show the audience good acting as well this time.”

One thought on “[TRANS] 120604 JYJ’s Jaejoong, Popular Among His Co-Stars At The Filming Site Of “Timeslip Dr. Jin””