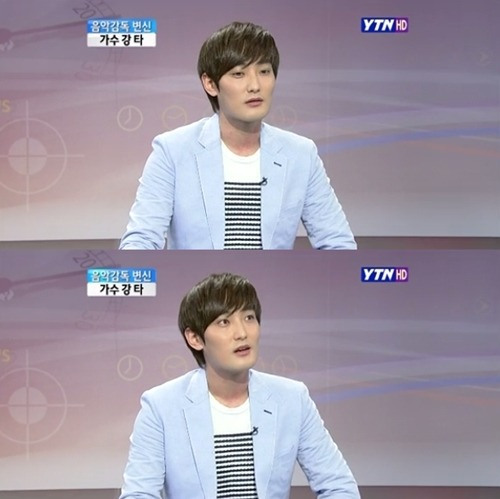 Kangta showed his strong affection for TVXQ, who are his juniors and label-mates.

Kangta appeared on YTN’s ‘News12 – Issue & People’ that aired on the 15th and said, “Like HOT, only two of the original five members of TVXQ stayed in the company.”

He also stated, “TVXQ are going through the same things that I once went through. They’re walking down a path similar to the one I walked down once. When I think about the fact that they’re probably suffering from the same worries and troubles that I went through, my heart goes out to them and I feel a lot of affection for them.”

Kangta added, “The advice that I can give to the members of TVXQ is, ‘Nothing can be helped about the fact that things change as time passes.’ You need to recognize that a celebrity’s position and popularity will change, and I hope that they strengthen their internal stability by preparing skills and talents for other things they could do in the future.”

He revealed, “That’s how you can survive when your popularity isn’t as great as it was before. I don’t have much to say to them now because they’re doing so well. But I’d like them to be prepared to beat out their loneliness with internal stability in the future.”