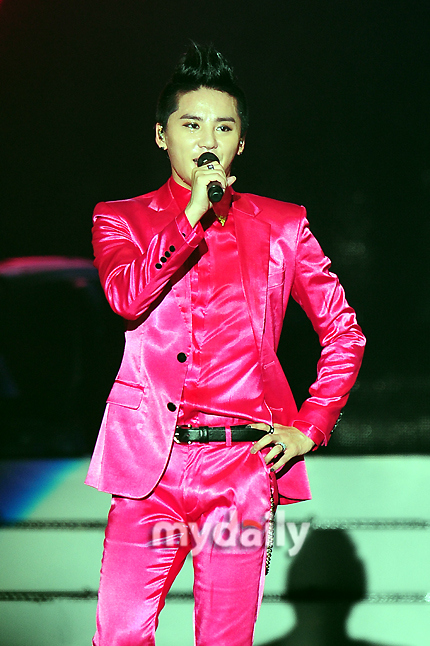 On the 4th of August, XIA Junsu held the Seoul leg of his Asia tour at COEX and said, “The FTC has made a corrective order and we’ve won our lawsuit.”

XIA Junsu said, “The articles may make it seem like it’s a repeat of wins and losses, but if you look at it properly, you’ll see that we’ve won all our lawsuits till now. They called it a settlement but that’s because they were disappointed at the outcome.”

He continued to show his gratitude to his fans as he said, “Now, there are no issues surrounding our broadcasted appearances. When we do get to appear on TV again, I’ll be sure to talk about you all. I’ll always try to repay you with great music and performances.”

On the 24th of July, the FTC placed a prohibitive order against SM for interfering with JYJ’s activities as singers  and said, “Considering the leverage that SM Entertainment has as one of the three biggest entertainment agencies in Korea, as well as the specific nature of the KFPCAI as an organization in the entertainment industry, the official notice that was released placed a considerable amount of pressure on the recipients.”

To the KFPCAI, the FTC laid down a corrective order that stated, “The KFPCAI must notify the 12 business associations in the organization, as well as the 26 licensees who received the official notice, of the corrective measures that have taken place.”

One thought on “[TRANS] 130805 Junsu Mentions The FTC’s Verdict, ‘There Are No Issues Surrounding Our Broadcasted Appearances Now”