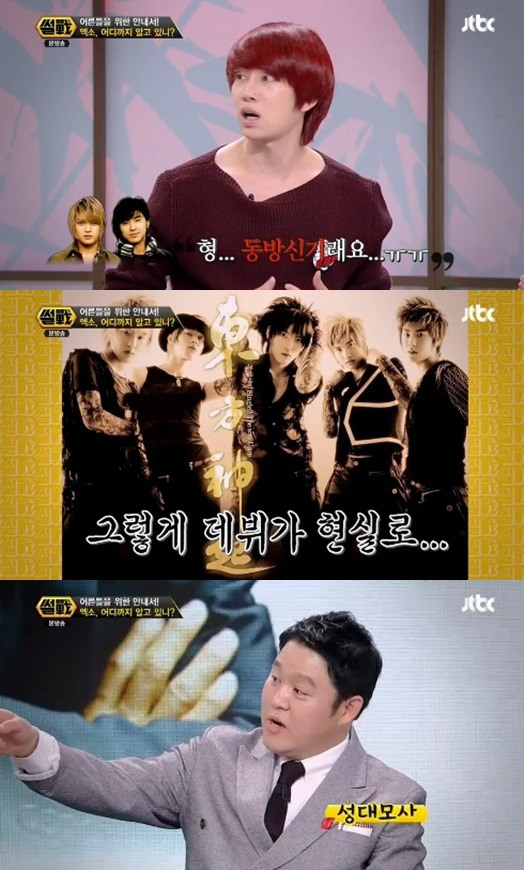 During the episode of JTBC’s ‘Sseoljeon’ that aired on the 9th, a ‘How Much Do You Know About EXO?’ segment was held to discuss why EXO is so popular.

Kim Hee Chul, who is a senior under the same label as SM, said, “Super Junior also planned to promote in China, with our Chinese member Hankyung, but it was extremely difficult for us. Hankyung left the group, and it became difficult for the Chinese unit of Super Junior to promote in China. So EXO has taken on the strategy of completely splitting up into two different groups to promote, but coming together when they need to. That’s why they film two different music videos.”

He continued to state, “I knew that EXO would become a topic of discussion on this show, so I called the company and said, ‘I heard that EXO have super powers. Please explain them to me’. But while hearing their explanation, I said, ‘I once said that I enjoy the super powers on ‘Running Man’ for their childish nature,’ so what do you think I have to say about this?’” Regarding EXO’s super power concept, Kim Hee Chul said, “I’m pretty sure Lee Soo Man was the person who came up with it. He’s the one who always comes up with the names and concepts of teams. When TVXQ’s name was created, U-Know Yunho and Hero Jaejoong were close to tears. Shindong and I laughed at the name. But they ended up making their debut as TVXQ. TVXQ ended up being a hit, as did Super Junior, Shinhwa and H.O.T. But now, names are not enough. So they need to come up with a storyline with super powers.”