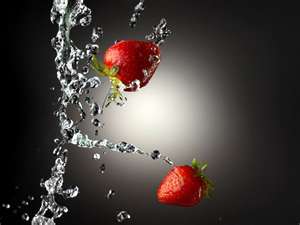 Captain CoCo stares at the ship’s holographic navigation unit while getting dizzy from trying to isolate Planet Ceremus23A from the  millions of stars on the hologrid of the ISP Grande Pollo {Big Chicken}. The captain rests his head in his hands, rubbing his temples in an attempt to relieve the building pressure. Just out of dock, and hailed as the greatest, most advanced starship in the fleet of the Interstellar Peacekeeping Force, the Grande Pollo is on her maiden voyage to Ceremus23A, a hotbed of revolutionary passions. 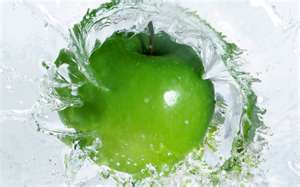 According to reliable sources, Ceremus23A is in the midst of a soapy civil uprising caused by three opposing factions on the planet. The Strawberry Bubble and the Green Apple Factions have been competing and dousing each other with their squirt guns for several generations. Rumor has it that there are millions of Anti-Bubble rebels hiding in the hills and that an urgent call has been sent to the headquarters of the Interstellar Peacekeeping Force [To be known as the ISP Force from this moment on].

Unbeknownst to Captain CoCo, as his ship is speeding toward the planet another starship of equal power and splendor is racing to intercept them. Armed and dangerous, and the pride of Ceremus23A’s Strawberry Bubble Faction, the undetected ship contains eighty-eight thousand pounds of gaseous methane emissions as a propellant agent. In addition, it is carrying a cargo of seventy-seven million bio-gallons of strawberry bubble bath. This is not your ordinary, chemically induced strawberry bubble bath of the earth-like variety. A special formula of pure, organic strawberry essense and super concentrated soapy agents, it is the cream of the crop of Ceremus23A’s intergalatically acclaimed soap industry. One drop is said to be powerful enough to scent, and clean, ten tubs of muddy children, but the formula is mild enough to use for the newest of babes. However, the most frequent use of this pungently wondrous formula is to scent the bathtubs of intergalatic rockstars.

The jury is out as to which stars like which formula best…strawberry or green apple. Thus the war…

These decadent, extremely passionate humanoids pride themselves on their secret formulas which are passed down from generation to generation and guarded with fervent patriotism. Over time, the planet has exploded with malcontents who cannot decide which formula is better than the other. Of course, the Strawberry Bubble Faction and the Green Apple Faction believe that their soap is best. The Anti-Bubble rebel forces are composed of those Ceremus23Aer‘s who detest both strawberry and green apple essence. Instead, they prefer good old lye soap and water.

Painfully astringent in their view of life, these dedicated individuals do not embrace decadence of any kind (or rockstars either). After their unprecedented defeat of the Chocolate Eaters at Lake Wannabathy on Galaxy-date 3379, the rebel force has been feared and considered enemies of all pleasurably scented plants.

Oblivious to the danger of mediating between the three factions, Captain CoCo is fully relaxed {except for finding this illusive planet], thinking that this is an easy assignment. After all, how hard can it be to convince a world that loves bubble baths to chill?

“Captain,” the ship’s counselor croons mildly, looking about the room for the culprit… “I detect tension on the bridge. I suggest we do something about it at once. A song perhaps? I advised you that allowing the crew to wear their jammies today would halt the unease. But no one listens. Sigh… Smiles, everyone!”

Captain CoCo tilts his head 25 degrees to the right. “Perhaps a short rendition of Buffoons. In the key of G, Navigator Allegra, if you please.”

“Captain, I suggest it would sound better in the key of A.”

After fifteen minutes of a cacophonic nightmare of sound, the captain’s voice is heard above the din screaming. “My head! The horror! Someone is flat!”

A disembodied voice arises from the noise. “It is you, Captain!”

“Who dares suggest that Captain CoCo is flat?” Captain CoCo whines, reaching for a chicken wing to alleviate the stress. “Where is the buffalo sauce? It was here just a minute ago.”

The bridge goes suddenly quiet. All eyes are fixed upon the chicken wing.

“Captain,” declares the First Mate, “it appears to me that there would be less tension if we all ate breakfast. Wouldn’t you agree, Counselor? I’ll volunteer to cook.”

Staring his First Mate down, Captain CoCo sneers as the First Mate crosses his legs and flips his long bangs nonchalantly. Grinning fiercely, he challenges the captain with sparkling eyes. “Should it be kimchi and rice or cereal? Your choice.”

The counselor shakes her head. “Cereal would be faster. Captain?”

“Both. I think…” Captain CoCo says as he sucks on his chicken bone. “Two dozen wings for me, Mr. Blade. Post haste! Yesterday!”

Mr. Blade turns his handsome profile toward the captain in an attitude that conveys his displeasure at having to obey this despot of a leader. He rolls his eyes and pouts petulantly as he exits the bridge with a parting jab.
“Yours will take an hour, sir. Counselor, join me?”

“It is better than staying here. My head aches from all this testosteronic posturing. At least in the kitchen, there will only be one of you.”

…Meanwhile, moving as fast as methane gas can propel a warp engine, the Strawberry Bubble Faction’s ship is approaching the IPF Grande Pollo at alarming speed… 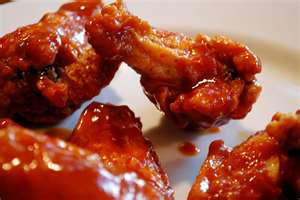