[INFO] Come on over JYJ Pre-Order 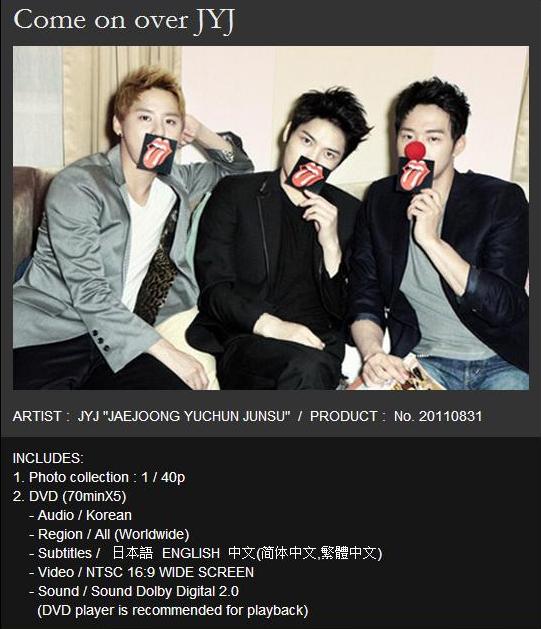 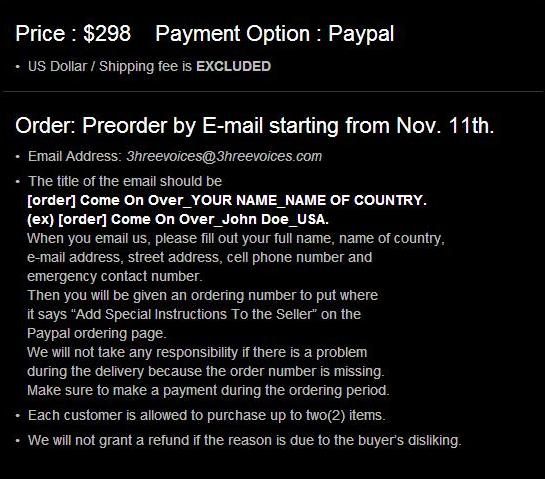 Is a special fully import version JYJ documentary DVD released around United States.
Captur the real life of three which fans awaited.
Is a video collection of valuable unpublished treasured that Phantom was not aired on Korea.

3 person reveals secret House
3 Private life and spending time alone at lifestyle, at home, such as video.
Besides the CD release for world wide concerts and also other musical activities
Such as “time in the rest of time”, time preparing for the next step”
The realistic appearance of JYJ.