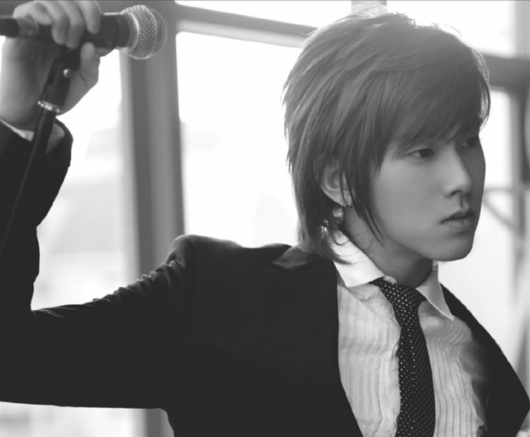 TVXQ Yunho‘s father recently wrote a letter to Yunho’s fans, after they built a library in China in his son’s name.

The screen capture below recently surfaced on an online community site with the title, ‘A letter written by Yunho’s father on Yunho’s Chinese fan site (My Yunho).’

Building a Yunho Library in China is a truly meaningful act. I just want to let you all know that the love and efforts of the fans and members brought Yunho extreme joy. Thank you to all the fans who continue to show unconditional love and support for TVXQ who don’t promote very often. Yunho will continue to aim for new heights, just as he was determined to do since the very beginning. Yunho will be able to continue spreading the love and draw bigger dreams, thanks to all the fans who have placed their loyal faith in Yunho. It was so good to hear the delightful news. I will pray that everyone will continue to be healthy, and be able to fulfill each one of their hopes and desires.”

Fans who read his letter remarked, “I’m so touched!”, as well as “Like father, like son. Both possess such warm hearts,” and “Yunho’s father sent a letter to fans? That’s amazing.” 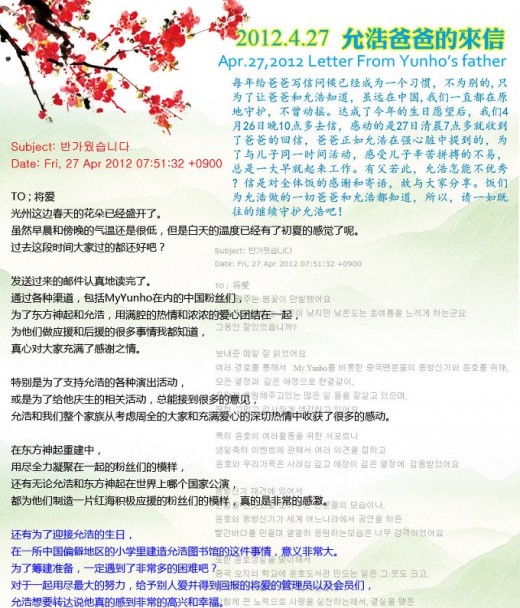