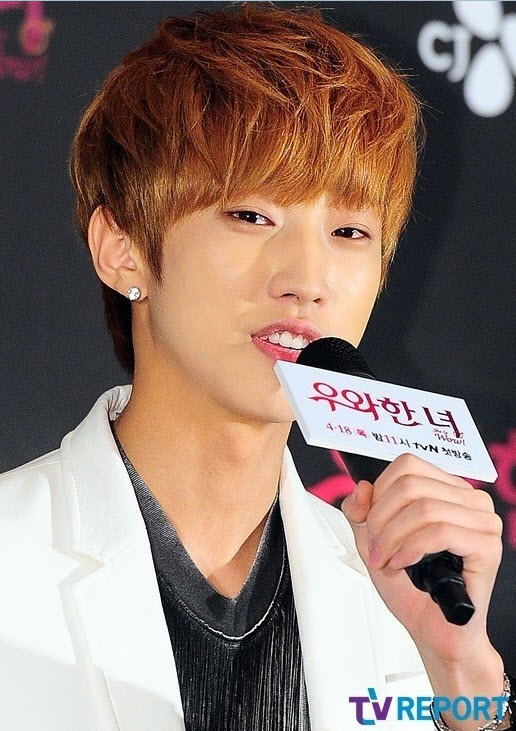 B1A4′s Jinyoung has expressed his joy in joining the ranks of the Act-dols (Idols that Act).

Jinyoung, who participated in the press conference on 15 April at the CJ E&M Centre in Sangam-dong for the new tvN drama “She is Wow,” picked JYJ’s Park Yoochun and Big Bang’s TOP as role models.

He said, “I watched Yoochun act, and felt the earnest in his acting. I thought that he was a really good actor,” and “In the movie ‘Into the Fire’, TOP’s acting was really good as well.  His eye expressions were great. I look at the two of them, and it makes me work harder.”