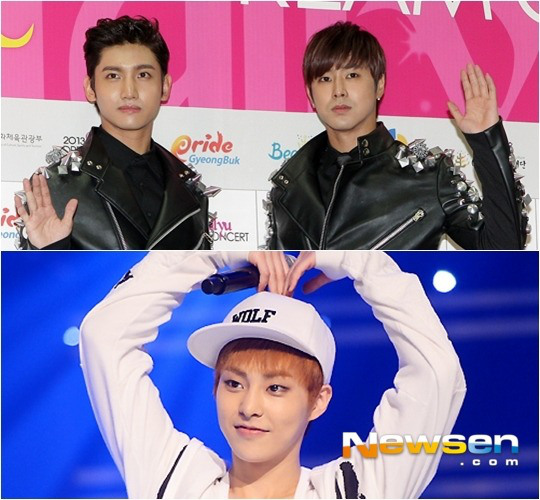 Xiumin has expressed how much he looks up to TVXQ.

EXO’s Xiumin appeared on SBS Power FM’s ‘Park So Hyun’s Love Game’ on the 3rd of November and revealed that he has liked TVXQ since before his days as a SM trainee.

Xiumin looked back on his first meeting with TVXQ and said, “I’ve looked up to TVXQ since before I joined the company. I met then two weeks after I became a trainee during their ‘Mirotic’ activities. My heart was racing and it was an electrifying moment for me.”

He continued to say, “At first, I couldn’t even speak. Though I’ve made my debut, I still feel nervous when I meet U-Know Yunho and Max Changmin. I still feel like just another fan.” DJ Park So Hyun added to his comments by saying, “The two singers’ power, vocal talent and charisma are still the best of the industry.”

When picking which singer he would like to appear on stage with, Xiumin picked TVXQ. He expressed his respect for them as he stated, “How amazing would it be if I could stand between them? How great would that be, right?”