SM Town, currently a hot topic for its ‘SM TOWN LIVE World Tour in Paris’, will be releasing a photoshoot that was shot in Paris.

SM Entertainment singers will show off their great fashion sense as they team up with the fashion magazine ‘W Korea’ to showcase a photoshoot located in the city in which they performed.

According to Doosan Magazine on the 17th, fashion magazine ‘W Korea’ will be releasing a photoshoot of the 31 singers of SM Entertainment to commemorate their performance in Paris. 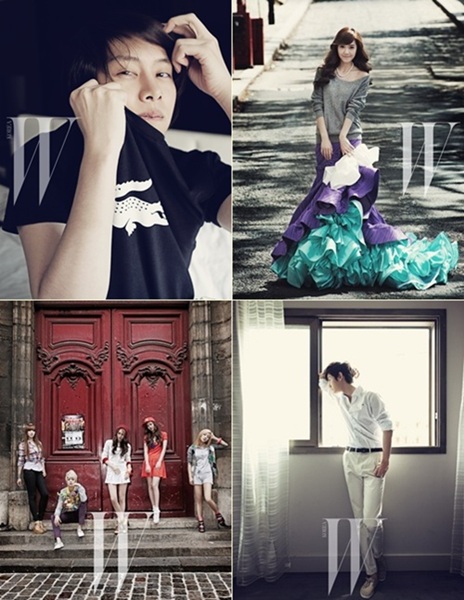 A representative of W Korea stated, “The photoshoot was taken after the concert, and though it took place in the early morning to avoid fans, we had to rush to finish the photoshoot because a large number of fans gathered on location.”

The photoshoot will show f(x) with a ‘Street&Shopping’ concept, SHINee with a ‘Boys night out’ concept, Super Junior with a ‘Surprise visit to their house’ concept, Girls’ Generation with a ‘Haute Couture’ concept and TVXQ with a ‘Qualifications of Men’ concept, complete with formal suits, knit-wear and shirts.

The SM Town photoshoot can be seen in the July issue of ‘W Korea’.