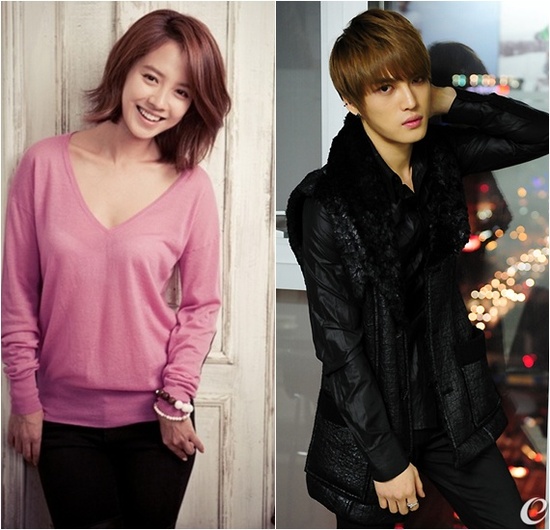 Actress Song Ji Hyo and Singer-Actor Kim Jaejoong (JYJ) were confirmed to be the leads of movie, ‘Here Comes Jackal’.

‘Here Comes Jackal’ is a comedy about a clumsy female killer who received a case to kidnap a very popular singer and tried lots of blundering unskillful ways to kill him and thus started a string of hilarious incidents with the police.

Song Ji Hyo who is currently receiving lots of love from SBS variety Running Man will be showing off her comedic skills in this work. Song Ji Hyo finally returned to the big screen after 2008′s A Frozen Flower and 2010′s Late Blossom.

Singer-Actor Kim Jaejoong will not only be appearing in drama, he will be officially making his big screen debut through this work. Though he acted in Heaven’s Postman in 2009, this is his first full-length work. After the affirmation of his acting skills in last year’s Protect The Boss, Time Slip Dr Jin will be premiering soon. The other side of his charisma as an actor for the big screen is greatly anticipated.

This movie will be directed by Bae Hyung Joon of movie Don’t Believe Her with sponsorship by Lotte. Other than Song Ji Hyo and Kim Jaejoong, the rest of the supporting actors are chosen. It is slated to be premiering in September/October and filming will begin in May tentatively.