On the 10th, Jang Jin posted a photo on his personal Twitter account with a caption that said, “The guy behind me, he’s amazing. But he’s so kind, almost to a fault. I’m envious of him, and grateful to him.”

The photo shows the director looking into the camera while Kim Junsu stands behind him with a warm smile on his face. The orchestra behind the two people have also drawn the attention of many. 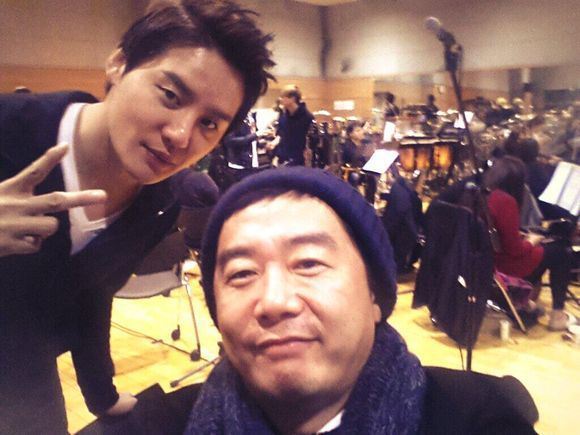 Netizens who saw the photo left a variety of comments like, “I’m so excited for ‘December’,” “Looks like you guys are rehearsing late into the night,” and “I can’t wait for your first-ever musical.”

Meanwhile, ‘December’, which will feature Jang Jin as its director and Kim Junsu as its leading role, will open its curtains on the 16th of December.