[Trans] 110810 Kim Jaejoong’s Neat Handwriting, “His Writing Has The Managing Director Flair Too” 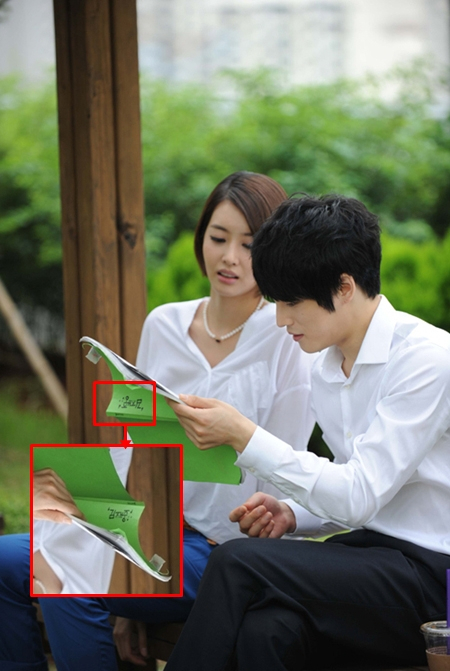 The “Protect the Boss” twitter account uploaded images of Kim Jaejoong rehearsing his script during shooting, and the words “Kim Jaejoong” written on the cover of the script caught the attention of viewers. The feminine, neatly printed words matches the style of Kim Jaejoong , who was dressed in a suit.

Netizens who saw this said, “Even his writing is pretty,” “If there were characters they would be pretty too,” “MD Cha is truly different” and other supportive comments.

Also, Kim Jaejoong’s OST for “Protect the Boss” will be revealed in the 10 August broadcast.