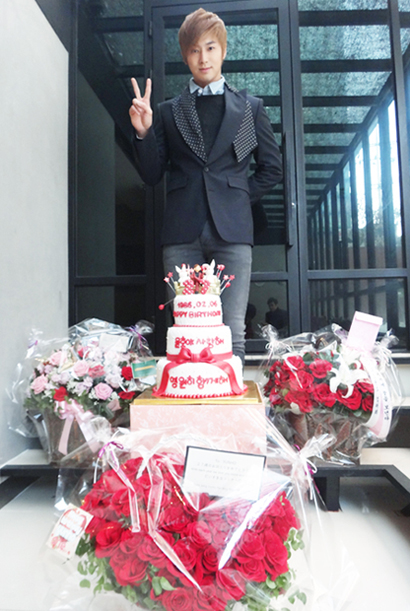 To celebrate TVXQ member Yunho‘s 27th birthday, fans all over the world have donated funds to charity in his name.

Yunho’s birthday was on February 6th, and his fans have donated an impressive large sum of $21,000 to the Community Chest of Korea as well as the Korean Animal Welfare Association.

The first time Yunho got involved with the Korean Animal Welfare Association was through a special adoption campaign for celebrities via fashion & culture magazine, Oh! Boy. The association reported on their Twitter page that $1,700 was donated in Yunho’s name, and they expressed their deep gratitude.

Members of Yunho’s Japanese fan blog ‘ONE‘ also donated nearly $20,000 to a social welfare association in his hometown of Gwangju, celebrating the birthday of their favorite celebrity.

Additionally, his fans in China volunteered their time with the less fortunate, and donated enough money to support a young girl living in a difficult situation in China so that she can live comfortably for an entire year.

Yunho has been known to take a special interest in social welfare, which explains why his fans chose to celebrate his birthday in such a matter.

In the past, the singer has generously shared his wealth by donating scholarships to his alma mater, among other things.

In related news, Yunho & Changmin are currently in the middle of their ‘TVXQ LIVE TOUR 2012~ TONE‘ in Japan.