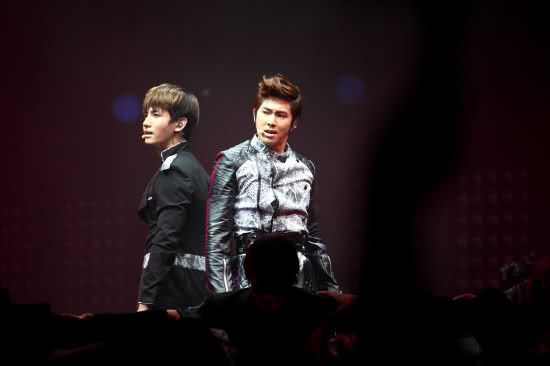 TVXQ has once again evidenced their immense popularity in Japan.

The group is planning to hold performances for their Japanese fans at the Tokyo Dome from April 14th to the 16th. The tickets went on sale for the public on April 1st at 10 a.m. (local time) and within 30 seconds, all the seats had completely sold out. Additionally the tickets for their Osaka Kyocera Dome concerts, which will be held from April 21st through the 23rd, also sold out in a mere two minutes.

In addition, the ticket reservations over the phone also sold out, leading to a ticket war between the fans. The tickets that originally sold for 8,500 to 9,500 Yen, has been marked up to 10 times the amount, and is being bought by fans at 80,000 Yen.

Although the group has already added additional dates to their concerts, fans are still desperately requesting for even more dates.

[Thanks to everyone who sent this in!]