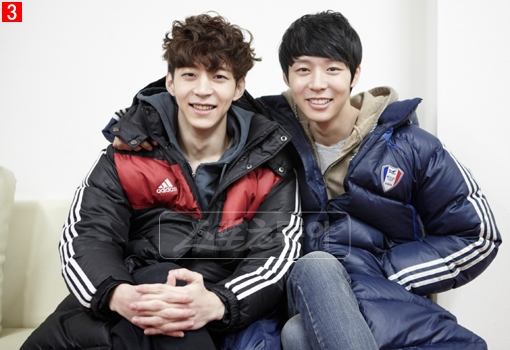 3. Oh who could this be? Isn’t it his majesty the crown prince!
When I arrived at the waiting room, hyung (Park Yoochun) was already there. Although we live together, we have not seen each other at home for a long time since we are both busy. As he was filming “Rooftop Prince” in Incheon, he also came by our set on Yeongjong Island. Perhaps it was because “Rooftop Prince” ranked first on the day he came. Hyung was smiling very widely. 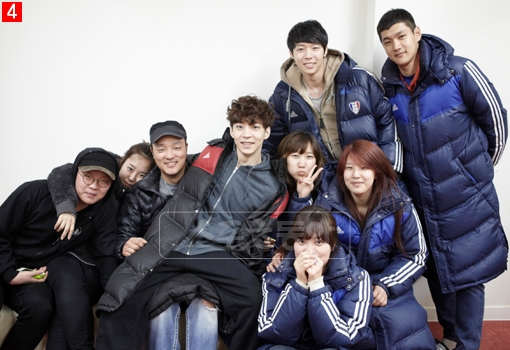 4. “The Park Clan”, our staff members
Hyung and I have almost the same staff members. It has been more than a year since I began working with these people. If filming ends at dawn, they will come over to our house to stay the night. We are really like a sports team haha. ‘The Strongest K-POP Survival’ ‘Rooftop Prince’ Fighting!