Kim Junsu (XIA) is at the center of the spotlight for revealing the process behind the creation of his song ‘Isn’t This Song Funny’.

Kim Junsu held a showcase at the UNIQLO AX Hall on the 15th to commemorate the release of his second solo album ‘Incredible’.

During the press conference that was held after the showcase, Kim Junsu talked about his song ‘Isn’t This Song Funny’ and had everyone laughing when he said, “The song was done and all it needed was a title. But I found that nothing really worked as well as ‘Isn’t This Song Funny”. The staff members were at a loss for words when I told them about how I had chosen the title of the song.” 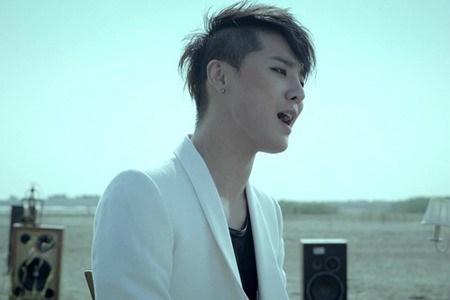 He continued to say, “When I was writing the lyrics, I tried to express what I had always wanted to say in a funny way. I left out any heavy material like love stories and looked back on things I had written on my Twitter account for my inspiration,” and “It’s a song that I wrote as a present to my fans.”

He smiled and said, “It’s supposed to be a bonus track so I was surprised to see how popular it is.”

Meanwhile, ‘Isn’t This Song Funny’ has been drawing much attention for expressing the various happenings that Kim Junsu faced as a solo singer. A more fun and exciting aspect has been added with Boom’s narration.