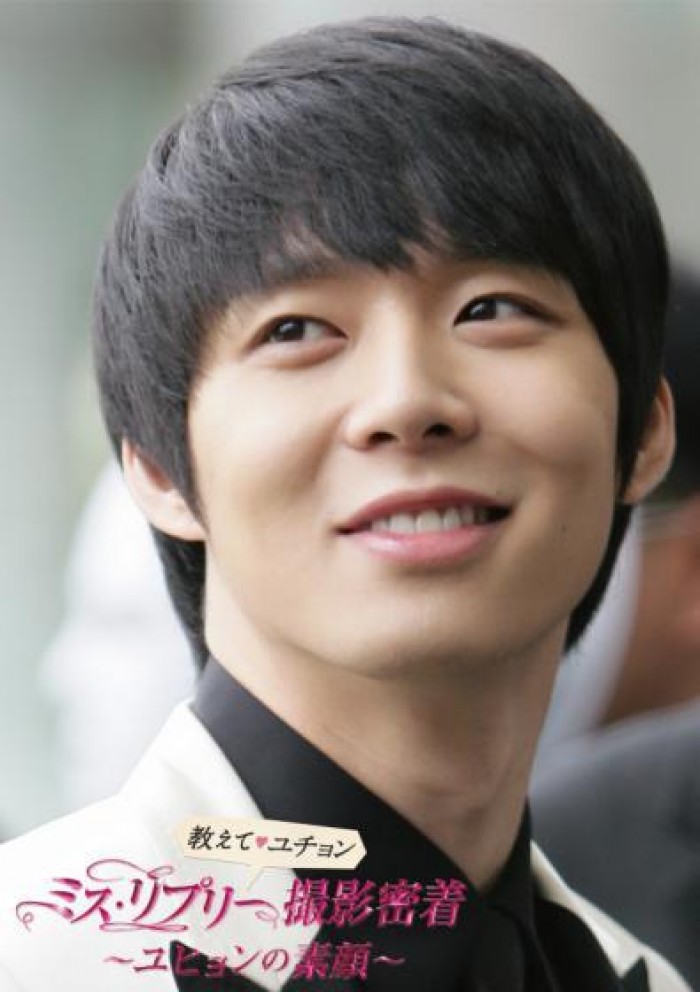 Yoochun, who showed his great potential as an actor in “Sungkyunkwan Scandal”, created a commotion with the selection of his next project “Miss Ripley.” Challenging an adult romance which is very different from his previous work, Yoochun showed delicate emotional acting, and the “making of” video clips full of talent and charm will be on sale.

Differing in appearance from the period piece “Sungkyunkwan Scandal” , Yoochun shows a more natural cool style and captures the hearts of the fans. From his mischievous ways in front of the staff and co-actors, to his nervousness as he focuses his energies before the shoot, (this video) is filled with various expressions of Yoochun that cannot be found in the actual show. Also, there are “backstage” comments from Yoochun, who speaks during the breaks in filming.

Aside from Yoochun, (the show features) Kim Sung Woo, who showed overflowing charisma in his acting in “Iris”, Lee Da Hae, who has had many hit dramas such as “Chuno”, and actress Kang Hye Jung, who has been active in movies. With such a strong cast of actors gathered on set, the atmosphere was surprisingly congenial!

As a result of the harmonious atmosphere on the set, Yoochun was able to become closer to the other actors, who were older that him. He showed cute sides of him that were different from when he was overflowing with nervousness, allowing people to see his “frank humour”.

Drawing its inspiration from the suspense novel bestseller series, “Ripley”, this work depicts human nature which revolves around a continuous chain of lies and desires. The overwhelming professionalism of the actors is also shown – how they switch from serious, when they act out thrilling scenes of lying or being lied to, to their natural sides in the offshoot.

In particular, the camera, which focuses mainly on Yoochun, shows scenes from his comments, to him drawing portraits of the staff, to him signing for his fans, making the honest side of Yoochun available to everyone. Fans will not be able to resist seeing scenes such as (Yoochun) receiving guidance from the trainers during the training and swimming scenes that are featured in this volume. Also, Yoochun’s comments throughout filming breaks are also recorded.

We are glad to be able to know the true feelings of Yoochun as an actor, who says he realised the joy of acting through this work. Contrary to the theme of “lies” that is presented (in the drama), this volume is rich with content of Yoochun’s “frankness”.