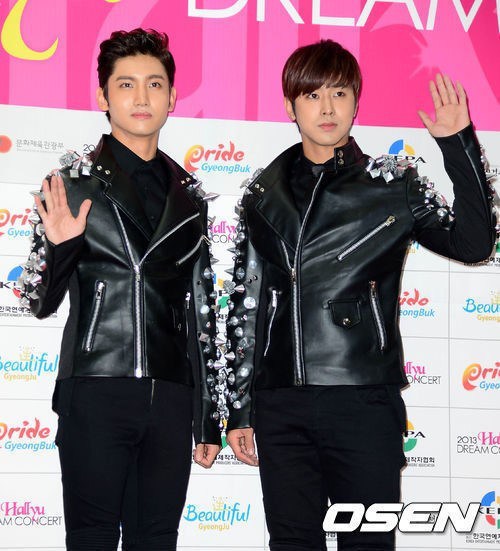 TVXQ have become the first foreign artistes to perform at the Tokyo Dome for three consecutive year.

The group made this announcement during their fanclub event that was held on the 23rd of November at the Saitama Super Arena in Japan. The accomplishment is extremely meaningful to both TVXQ and their fans as this makes TVXQ the first foreign artistes to hold a solo concert at the Tokyo Dome for three consecutive year.

During the fanmeet, TVXQ announced, “We will begin our Japanese tour in April next year, and perform at the Tokyo Dome on the 20th, 21st and 23rd of May,” and “We will hold a total of 26 concerts in eleven cities across Japan.”

The news of TVXQ’s upcoming nationwide tour was reported by various Japanese media outlets. Oricon, Sankei Newspaper, Nikkan Sports were some of the media outlets that covered the announcement and gave detailed information on the upcoming tour in posts titled ‘TVXQ: Becoming the first foreign artistes to perform at the Tokyo Dome for three consecutive year’.

Meanwhile, TVXQ met with 36,000 fans at the fanmeet that was held on the 23rd and performed a rendition of ‘Very Merry Xmas’, their single that will be released on the 27th of November.