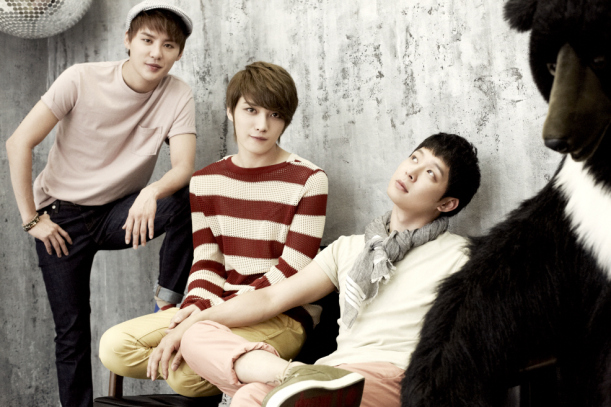 This was a SNS post made by a JYJ fan on the 7th. When you read through it slowly, you can feel the rage simmering underneath. Various SNS sites have been filled with posts that say, “We can’t understand why JYJ, the honorary ambassadors of the 2014 Incheon Asian Games’, will not be present at the Hallyu concert held to commemorate the sporting event.”

JYJ’s fans are seething because of this. Though they have been fighting against variety shows and music programs for many years over JYJ’s absence, the situation is a little different this time around. This is because the Incheon Asian Games, a national event, is different from ‘being banned’ from the three major broadcasting companies.

Kim Young Soo, the chairman of the Asian Games Committee, was of a similar opinion when he said, “We hope that JYJ’s global recognition will help spread the word about the 2014 Incheon Asian Games to the 4 billion people of Asia.” JYJ also recorded the official cheer song in May and have already participated in official activities as honorary ambassadors.

But their names have been excluded from the guest list of the Hallyu concert that will be held on the 1st of September to commemorate the 2014 Incheon Asian Games. If the singers who are the honorary ambassadors of the event can’t appear in the concert, then who can?

“The PR department, in charge of all activities of the honorary ambassadors, did ask if JYJ would be appearing in the concert” 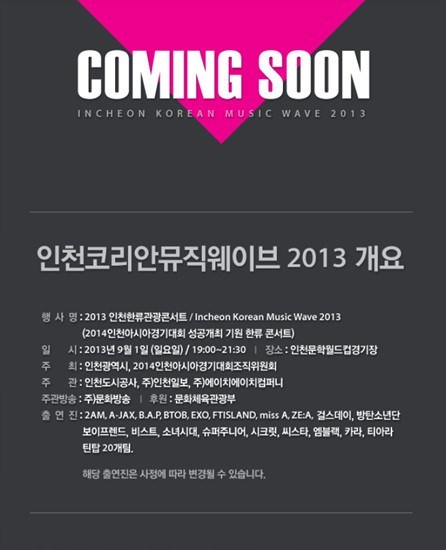 The list of 20 groups expected to perform at the concert includes 2AM, A-JAX, B.A.P, BTOP, EXO, FT ISLAND, miss A, ZE:A, Girls’ Day, BTS, Boyfriend, B2ST, Girls’ Generation, Super Junior, SECRET, SISTAR, MBLAQ, KARA, T-ara and TEEN TOP. Most of the groups on the list are from SM and JYP, prominent entertainment agencies in Korea. Girls’ Generation’s Yuri and Tiffany will emcee the event.

With the official title of ‘the 2013 Incheon Hallyu Tourism Concert’, this event will be hosted by the City of Incheon and the 2013 Incheon Asian Games committee, broadcasted by MBC and sponsored by the Ministry of Culture, Sports and Tourism. Starting in 2009 as ‘To The Korean Music Wave’, this will be the fifth planned concert of the series. The concert will be supervised by HH Company, run by comedian Lee Hyuk Jae, the Incheon Development and Tourism Corporation and the Incheon Times.

Regarding the guest list, a representative of the Committee’s Cultural Events sector stated, “The list is not set in stone,” and “From what I know, the details are still being ironed out.” When asked about the appearance of honorary ambassadors JYJ, they replied, “The PR department, in charge of all activities of the honorary ambassadors, did ask if JYJ would be appearing in the concert.”

Simplified, this implies that the activities of the honorary ambassadors and the appearance in the concert are handled by two different departments, meaning that they are being dealt with as two different issues. If the PR department had to go so far as asking about JYJ, this could be seen as saying that their appearance has not been discussed with HH Company at all.

Also, the committee representative emphasized that the guest list was not confirmed. One wonders if 20 teams will actually be able to perform at a concert that goes from 7p.m. to 9:30p.m.. Though it’s said that this will be the fifth concert of the series, last year’s concert by HH Company and MBC Music was cancelled one week ahead of the concert due to various rumors, receiving the ire of Hallyu fans who were planning to attend the event.

Entertainment agencies are able to exclude honorary ambassadors from the guest list?

On the 24th of July, the Fair Trade Commission found SM Entertainment and the Korean Federation of Pop Culture and Arts Industries guilty of interfering with JYJ’s broadcasted appearances and activities as singers. Kim Jaejoong, Park Yoochun and Kim Junsu left TVXQ in 2009 and formed JYJ, but were blocked from appearing on broadcasted shows by SM in 2010 whe the agency sent a notice to 26 licensees in the industry.

Common sense dictates that there should be no issues anymore surrounding JYJ’s appearance on broadcasted programs. Considering the fact that JYJ’s Park Yoochun helped raise the viewership of KBS’ ‘SungKyunKwan Scandal’, even taking him to the broadcasting company’s end-of-the-year awards, KBS should ‘logically’ be the first to break the dam.

In reality, there seems to be something that is above the FTC’s verdict and the Asian Games’ committee. The fact that the Asian Games’ own honorary ambassadors can’t perform as singers at a concert under the sporting event’s name is not only illogical, but also terrifying as it shows that the ‘silent but deadly’ force of large-scale entertainment agencies still dominates the pop culture industry.

JYJ’s shackles have been highlighted by the FTC’s verdict, and many are curious to see if this ‘unlawful’ wind will further affect the activities of the Incheon Asian Games’ honorary ambassadors.