This is a beautiful, melodious blending of Super Junior voices. Talented singers all.   🙂 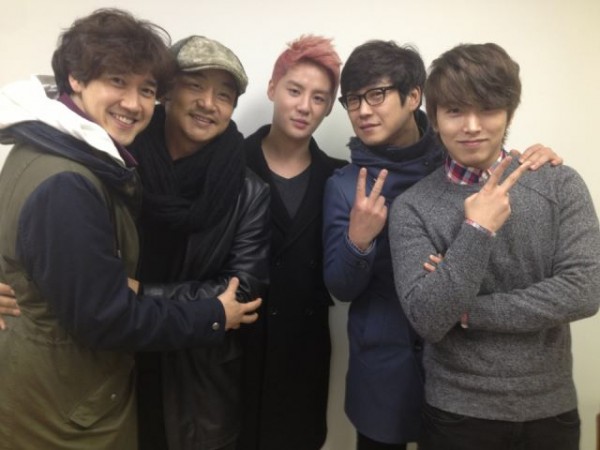 On the 13th, the actor tweeted a selca of himself with Junsu, writing, “Proving our relationship!!! What kind of relationship do you think we have???“. A few minutes after the tweet, he tweeted again, this time attaching a group photo that included Sungmin as well. He wrote, “The answer is graduate school ^^We go to the same graduate school!!!“.

He then tweeted, “Junsu’s finger!!! He was making a peace sign, he wasn’t giving anyone the middle finger“, explaining his first photo with Junsu where the cropping of the photo made Junsu’s peace sign look offensive. He uploaded another photo, cropping Junsu’s hand gesture out completely. 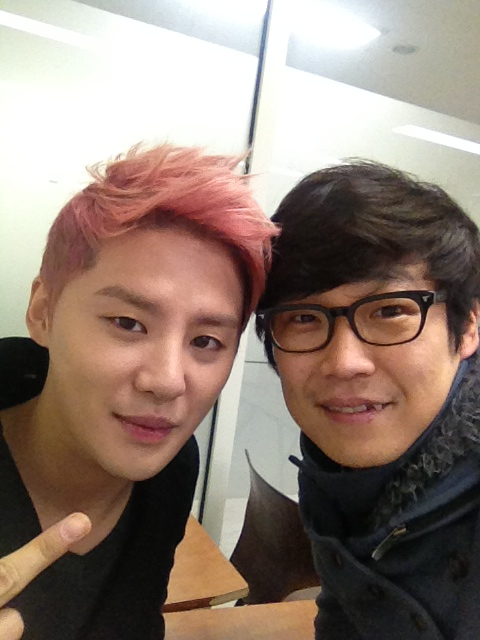