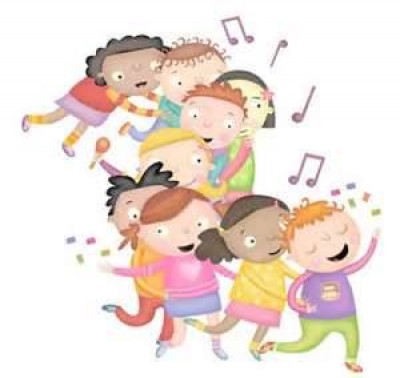 The bridge of the ISP Grande Pollo is shaking from side to side. Not content with simply dancing to the music, the crew, with Captain Coco at the lead, has formed a Conga line and is snakily moving from one end of the bridge to another. Alas, Science Officer Smarticus has been left alone defending the ISP Grande Pollo with bombardment after bombardment of giant omelets aimed at the Bubble Berry Soapy. Forgotten in the midst of dancing frenzy is the actual dilemma which could drown the ship at any moment in a bubble of gargantuan proportions.

Doc Shades, while dancing energetically with all the rest, still keeps a watchful eye on the crew. After all, this much strenuous exercise could cause problems. He is equipped with sedatives and adrenaline.

Never one to miss an opportunity at grandeur, Counselor Penna, who has refused to join the Conga line, suddenly belts out a phrase that stuns everyone to silence. “Focus!!! Seriously, people, we are in a battle zone!!! Captain, what can you be thinking?”

“I’m thinking that my buffalo wings may be burning because Mr. Blade is not in the galley tending to my needs!!!”

“Captain,” Mr. Blade says, lifting his chin and looking down his nose at the captain, who squirms uncomfortably in his chair, ”you sent Protection Officer Bun-Bo to compel me to dance to save the ISP Grande Pollo from extreme bubbles, Sir!!! How can I be in two places at once since Engineer Francois has not yet perfected the temporal cloning device?”

Captain Coco turns to Counselor Penna and declares, “I will have Mr. Blade court-martialled at the end of the day on the grounds of disrespect, disloyalty, and desertion of my poor burnt buffalo wings!!!”

Counselor Penna sighs, eyeing him with a look that clearly states the phrase “we need to talk”, and shakes her head. “Sir, you are suffering from extreme stress and have returned to childish ways…again…”

“It’s not the stress,” Mr. Blade mutters, studying the cobweb patterns on the bridge ceiling and casually holding out a hand to catch a drop of strawberry soap as it falls from a vent above. He sniffs it and smiles. “It is good bubble bath. Counselor…”

Seeing an opportunity to display his knowledge and worth to the crew, Doc Shades pulls out a sedative and attempts to insert the needle in Captain Coco’s derriere, the most muscular part of him, in an attempt to calm him down. He underestimates the sensitivity of the Captain’s derriere and finds himself sailing through the air to land at Mr. Blades feet. Blinking rapidly, he looks down at his thigh which has the needle projecting from it, a result of the Captain’s quick action. Mr. Blade quickly extracts the needle and helps Doc Shades [who is rapidly falling asleep] to his feet.

“The next person who attempts to touch me will be COURT-MARTIALLED!!!…………

In quantum time, Science Officer Smarticus is running madly about his lab, grunting as he lifts his giant chickens from their nests in a frantic effort to find more egg ammo.

“Girls! Daddy needs more eggs! You were good girls and you drank your egg laying tonic, right? Right? Ah!!!” Science Officer Smarticus tears at his feathery mohawk in frustration, deciding that he should have tested the tonic a long time ago… He runs wildly to the intercom and attempts to hail the good captain, but since Captain Coco is currently arguing with Mr. Blade the effort is futile.

Desperate, he decides to hail Engineer Francois. He laughs in near hysterical relief as Francois answers promptly.  Hehehehehehe….….

“Hello?” Engineer Francois’ laconical tones strangely contrast with the wild yelling and banging noises that resonate in the background.

“Francois! I’m out of ammo! The gir…the chickens aren’t laying and the captain isn’t answering. Please tell me the bubble bath hasn’t blocked the power to the ship’s weapons.”

Engineer Francois bellows back, “What color do you expect it to be, you imbecile? It’s covered in strawberry bubble bath!!!”

After a short delay, Engineer Francois manages to remember that Science Officer Smarticus has asked him a very important question. “Frankly speaking, Smarticus, we have no power. You are our only hope!

Always quick to grasp the situation, Francois replies, “Are you out of methane?”

Meanwhile, Smarticus’ claw-toed boots are clacking madly over the deck as he dodges his beloved chickens to access the Blast-O-B.O.101…a device he has been secretly perfecting whenever Captain Coco’s back is turned. This device, intended to power the Eggonizer 5000 for hours (if he hadn’t run out of eggs) has unlimited quantities of methane gas. A minute amount has been used so far in lobbing the eggs onto the Bubble Berry Soapy’s hull–so Smarticus is “cooking up” a method to put this remaining methane to good use. He knows the danger involved in releasing the methane into the ship, but it is the ISP Grande Pollo’s last hope for victory. (Or so it appears).

On the bridge, Captain Coco has given up trying to battle wits with Mr. Blade. Mr. Blade is aptly named. He is capable of slicing the best of the Interstellar Peacekeeping Force officers down to size without raising his voice or moving an aggressive muscle. Motivated by his need to protect his best buddy, Doc Shades, he has managed to turn Captain Coco into a blithering mass of seething jelly using sheer rhetoric alone while the entire crew of both ships looks on. It is painful to watch a Captain being so humiliated, so Counselor Penna places her hand gently on Mr. Blades’ muscular arm. 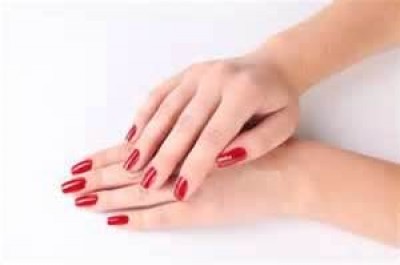 “Mr. Blade, shouldn’t we be checking on those buffalo wings?’, she asks. Blinking rapidly at the change of mental direction, Mr. Blade glances down at her perfectly manicured hand on his arm. He could never resist beautiful hands. As he raises his eyes to hers, Counselor Penna smiles seductively, then pulls him quietly off the bridge. Doc Shades crumples to the floor, snoring loudly.

While all this one-sided yelling has been going on, Science Officer Smarticus has managed to hook the methane fueling line to the ship’s ventilation system. After all, as a last resort he is sure that Captain Coco would prefer to blow up the ISP Grande Pollo than to let her fall into the hands of the enemy. What he doesn’t realize is that at that very moment Captain Wash-a-lot has managed to beam himself aboard the ISP Grande Pollo despite the extreme lack of transporter support. [Captain Coco fudged on transporter parts too]. Groping his way blindly toward the engineering section–it is Captain Wash-a-lot’s intention to take over the ISP Grande Pollo single-handedly. I’m afraid that watching Mr. Blade succeed in stripping Captain Coco of his dignity on the Bridge has changed Captain Wash-a-lot’s opinion of the ISP Grande Pollo leadership. He sees Captain Coco as a nincompoop and has decided to take advantage of the confusion on board. What he doesn’t realize is that Lt. Bomma Whama has overheard his instructions to his crew via the telephone line and is precisely at that moment conveying her knowledge to, not Captain Coco, but to Chief Security Officer Bun-bo.

“I’m certain that I heard him say that he was going to beam aboard–then take over engineering. It seems a bit foolhardy considering that we have only a few minutes before the ISP Grande Pollo will be useless as a starship.”

Officer Bun-bo thinks for a moment then exclaims. ‘Send out an alert to all decks. We have to abandon ship and catch this perpetrator”!!!.  I will inform the Captain of this latest development….