[News] A Chicken Gets Lovestruck by JYJ’s Jaejoong 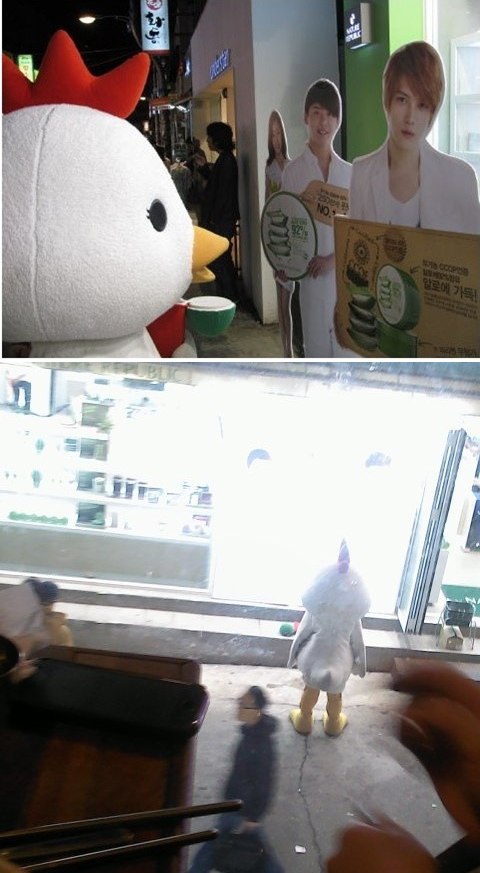 We know there’s a ton of JYJ fans out there, but this particular individual takes the cake for being one of the cutest we’ve seen in a while.

An series of photos have gone viral in Korea after they were uploaded onto a community forum under the title, “Part-time Chicken Shop worker is a JYJ fan“.

A part-time worker from a chicken shop is seen wearing their mascot costume in front of a cosmetics store, where a set of life-size JYJ cutouts were positioned for promotion. The chicken worker looks a little depressed, even in a state of static nostalgia — it’s almost as if they were longing to see someone.

The netizen who created the post explained, “I was looking outside the window and saw a random part time worker wearing a chicken costume. There were cut-outs of JYJ’s Jaejoong, Yoochun, and Junsu outside of the cosmetic store. The chicken worker took a long look at Jaejoong’s picture in particular. The chicken had a leaflet in [his or her] left hand and caressed Jaejoong’s cut out. I was taking pictures right beside [him or her], but they didn’t even notice.”

Anyone feeling sorry for the chicken? 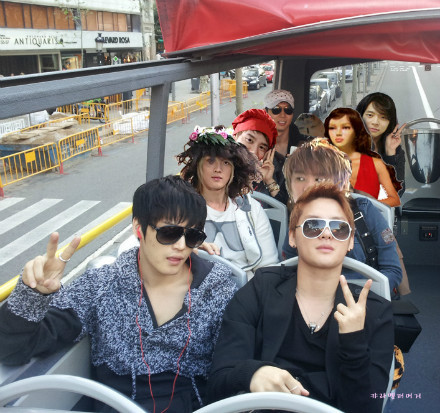