[Trans] 111212 TVXQ Takes Time Out For Fan Boys, Accepting Their Declaration Of Love 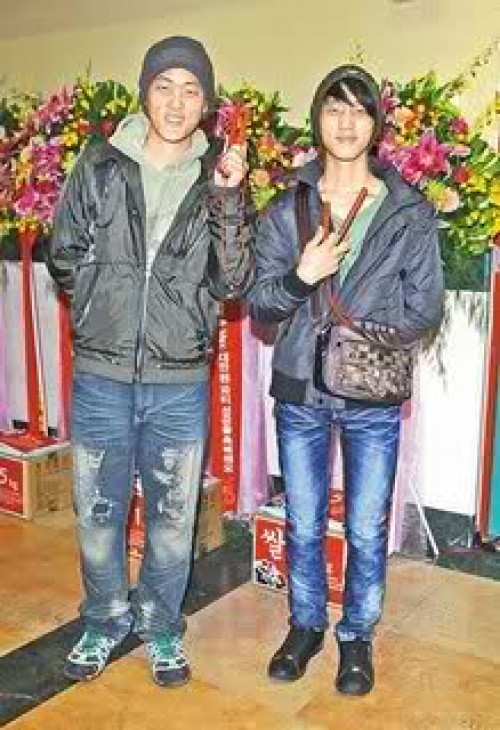 At TVXQ’s fanparty in Taiwan, fan boys were in for a treat; TVXQ had especially taken time out of their schedule, to allow approximately 30 fans to openly declare their love for Yunho and Changmin. They shouted “I love you!” loud to the duo on stage; there were even some worked up fans that kept screaming Changmin’s name, causing Changmin to reply, “I can feel goose bumps already!”

According to a research in Korea, only 3.25% of the 800,000 Cassiopeia are male fans, and some of them went to the fan party. Yunho said, “Sometimes when I suddenly hear deep male voices saying ‘I love you’ I’ll always get a shock.” Changmin said, “Actually it’s not easy for guys to express love to another guy, I’m really thankful for the love of male Cassiopeia.”

Among fans, there were a pair of brothers Chen Hao Zhong (20) and Chen Yi Guang (18), who came to the fan party with their parents and sister. The family of 5 are hard core fans, and they screamed much for TVXQ. They expressed that they love TVXQ and JYJ, hence their entire family usually switch fan identities: when JYJ came in April, they were JYJ fans, during these 2 days when TVXQ came, they were loyal fans of them. The brothers were asked if liking TVXQ 8 years ago caused any conflicts, and they replied, much to many fans’ anticipation, “I believe the 5 members in TVXQ will come back together.”

(Junsu, 4:16pm KST) I woke up early.. and I’ve been staring up at the ceiling for the past two hours.. Yesterday feels like a dream already.. To the European fans who sang along with us from the beginning to the end.. Thank you so much~ Oh, and that goes for our male fans too.. But why are you all so handsome..? The fact that you all jumped with us with such energy gave us strength
(Arden Cho, 4:33pm KST, English Tweet) @0101xiahtic Congrats congrats–sounds so exciting~^^ happy for you guys!
(Junsu, 4:35pm KST, English Tweet) @arden_cho Thanks~^^