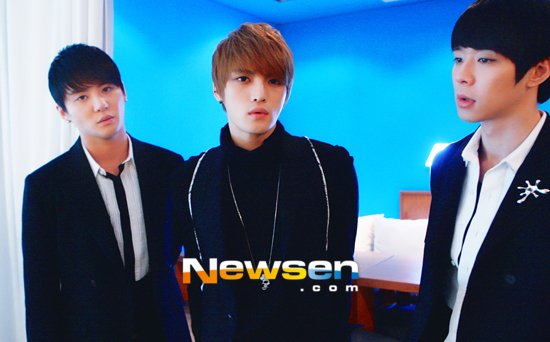 The issue of sasaeng fans have been put back on the chopping block after the recent controversy surrounding JYJ. One manager who’s been working for famous idols for the past 10 years recently met up with reporters to disclose his own first hand experience dealing with sasaeng fans as a career.

He revealed, “I really don’t even want to imagine it. When I wake up and open the door, there’s urine and feces on the floor, as if they’re marking their territory… Mornings should be bright and fresh, so think about having to start your morning with urine and feces. You start your day with stress.”

“Sasaeng fans that follow us around in taxis can be considered the mild ones since some have even barged into the dorm and stolen all of the food. Even if we change our numbers, they somehow find it out… they’re on the level of 007.”

When asked if he’s ever hit a sasaeng fan, he replied, “Honestly, I used to in the past. After the schedules are finished, hundreds of fans swarm in. One member even used to get pulled around by the hair. I had to block the members off before a bigger accident occurred. I had no choice but to use violence. Now, there are a lot of bystanders and fans that use cameras so you can’t do that anymore. I used to spray bug spray and even harsh swears, but it’s all of no use.”

How do the fans that were assaulted feel? He explained, “Fans actually feel proud about it, as I’ve seen some say, ‘I was even hit by our oppa’s manager.’ I know it’s not all of them that think like this but they do exist. Sasaeng fans think that violence and verbal assault is a way of getting closer to their favorite idol. Thus, it’s no use using such methods on them.”

He continued, “There are a lot of young sasaeng girls. When the idols come out after finishing their schedules, they’ll swarm in close and begin touching their private parts. They’re so young and yet they’re already sexually assaulting people. From the perspective of the idol member, it’s horrifying.”

“Once, I lectured the sasaeng fans that came to the dorm. Because they wouldn’t listen to a thing I said, I told them to bring their parents. They must’ve felt mad that I swore at them because they brought their parents back and framed me for being some drunk that assaulted an innocent student. Of course, in the eyes of the parents, they take the side of their daughters. I was reported to the police and put in a predicament where the victim actually became the attacker.”

On the controversy currently surrounding JYJ and sasaeng fans, he said, “There’s no excuse for the use of violence, but as someone that’s been in the same situation, I can understand what he must have been thinking. Dealing with urine and feces in the morning, receiving hateful texts, stalker calls… Idols also have to suffer at the salon and events. Once this accumulates, there’s only so much a human being can take before it all explodes.”

Concluding the interview, he stated, “Sasaeng fans transform with time. They are now a gang-like presence that transfers information from one to another. There are some that even trade money for information. Managers cannot be like the way they were in the past where they use violence. Celebrities are celebrities, but the managers are also dying here.”