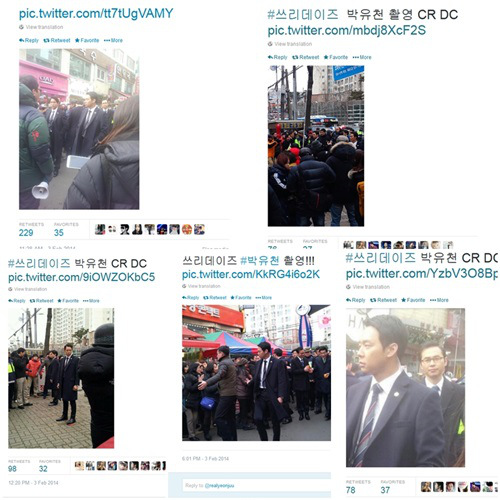 The photo is a collection of responses by netizens on social networking systems. In the photo, Park Yoochun can be seen exuding an aura of charisma. It was later said that Park Yoochun’s surprise visit to the market had people flocking to the area to catch a glimpse of the star.

One netizen who saw the photos said, “I didn’t know that he was going to be there, but I just followed the crowd and it felt like a dream. I ran there as soon as school was over.”