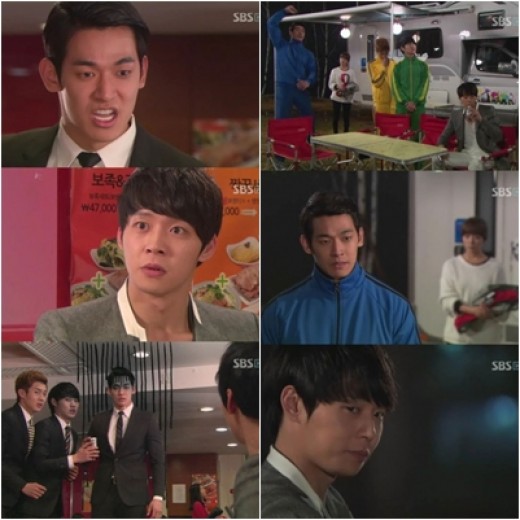 In the romantic drama of SBS, Rooftop Prince, which is currently leading the pack of Wednesday and Thursday dramas, Jung Suk Won is playing the role of Woo Yong Sul who assists the Crown Prince Lee Gak (Park Yoochun). It’s a tactless role which will become annoying if careless, but instead, he has brought a lot of laughter to audience. Why is it so?

In the Rooftop Prince episode 6 broadcast on April 5th, 2012, in order to drive the atmosphere with the superior in the company, the game of Yaza Time is started. The tactless Woo Yong Sul really made people seized with anxiety. In Yaza Time, Lee Gak is almost furious at the rude jokes of Do Chi San (Choi Woo Sik) and Song Man Bo (Lee Min Ho), but Woo Yong Sul who returns afterward still shouts after end of Yaza Time, “Young, like this because of meeting good parents,” making Lee Gak angry.

Also, in episode 7 broadcast on the April 12th, 2012, Woo Young Wol is making people worried for him again. On the day, Park Ha (Han Ji Min) learned that Lee Gak (Park Yoochun) gifted the bracelet to Hong Se Na (Jung Yoo Mi), and she is very angry. She doesn’t tell Lee Gak the reason of being angry, and Lee Gak and confidant trio finally in the outbreak of discontent.

Thus, the four persons gather together, and begin to talk viciously about Park Ha. But Woo Yong Sul at the side does not participate in the discussion. In this regard, Lee Gak, Do Chi San and Song Man Bo say “Is it because he likes Park Ha?” to stimulate Woo Yong Sul.

The words made Woo Yong Sul raged. He shouted, “I just don’t say it, no matter how many times Park Ha fights with me, I will beat her at once, which woman can look at us directly? Making indiscreet remarks or criticisms. My heart wants to turn her four or five rounds in the sky, and then mercilessly drop her to the ground, let her rolling three times.” But at this time, Park Ha is watching from behind. That is the worst time. Woo Yong Sul lost his speech in the piercing eyes of Park Ha, could only stood there blankly.

Lee Gak brings peppermint candy to the company. Woo Yong Sul who eats but don’t bite looks very strange. This is the first contact of Lee Gak and the gang with peppermint candy. Lee Gak, Do Chi San and Song Man Bo chew the mint, while only Woo Yong Sul eats it through slow dissolving. Seeing this, Lee Gak gives Woo Yong Sul a mouthful of peppermint sweets to let him chew.

The tactless Jung Suk Won later said, “Although sometimes I would look more depressed, but will bring laughter and favorable impression to viewers. And I have shown steady man image in previous films, the new comedy charm also bring freshness to audience.”

Related to this, Ha Myung Hoon of Jng Suk Won’s management agency, Star Entertainment, said, “Although Jung Suk Won has a dignified outlook, but he is a diverse actor who performs according to role. This comedy acting is one of the image of Jung Suk Won. There is still more he hasn’t shown.” 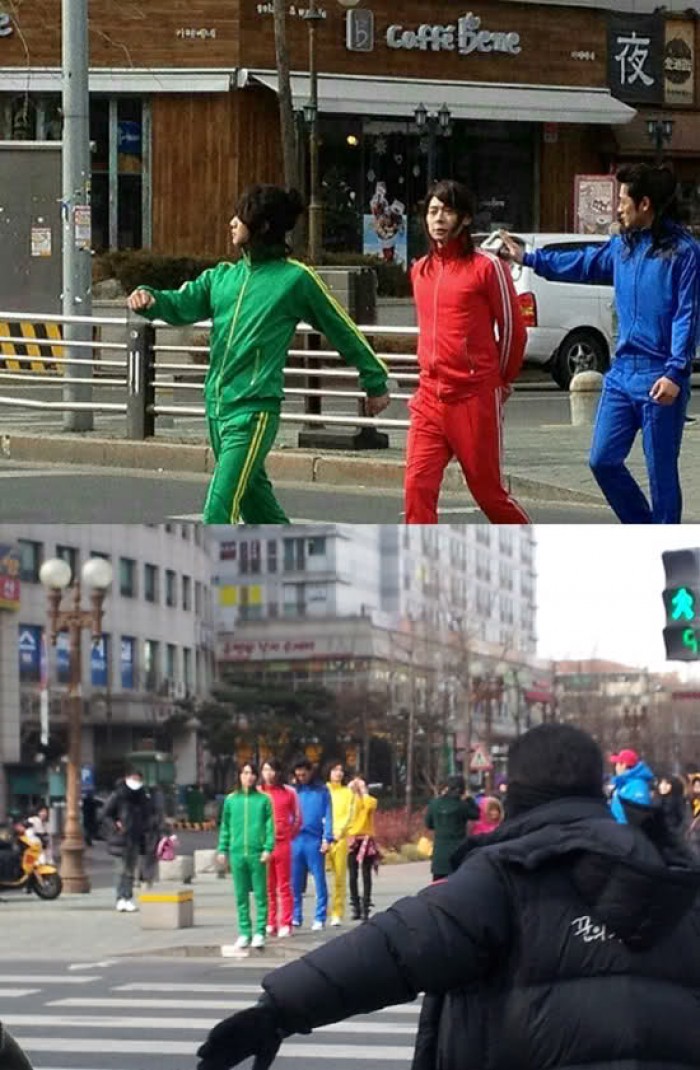