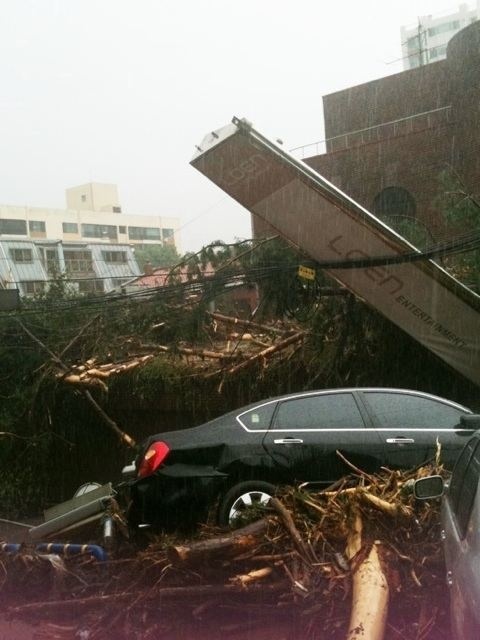 On July 27th, Korea experienced an extreme downpour in the central district that that has not only brought the country to a standstill, but its entertainment industry as well.
It was recently reported that Loen Entertainment’s former building in Bangbae-dong, Seoul was demolished by a landslide caused by the heavy rain and subsequent flooding. Fortunately, Loen moved offices to Samsung-dong, Seoul about a month earlier.
Sunny Hill’s dorm, however, is located right next to the building, and the landslide happened while they were asleep. A representative revealed, “There are three floors to their dorm, and water flooded up to the second floor. The members were all very shocked over the ordeal and have canceled their rehearsals.”
Some celebrities have opted to subways instead of their cars in order to get to their schedules on time. Yoon Do Hyun was inevitably 10 minutes late for his live recording on MBC’s ‘2PM Date‘ and also had to deal with his rehearsal room being flooded.
Several fan accounts of seeing stars like Rainbow’s Jaekyung and Super Junior’s Kyuhyun on subways are also being relayed online. 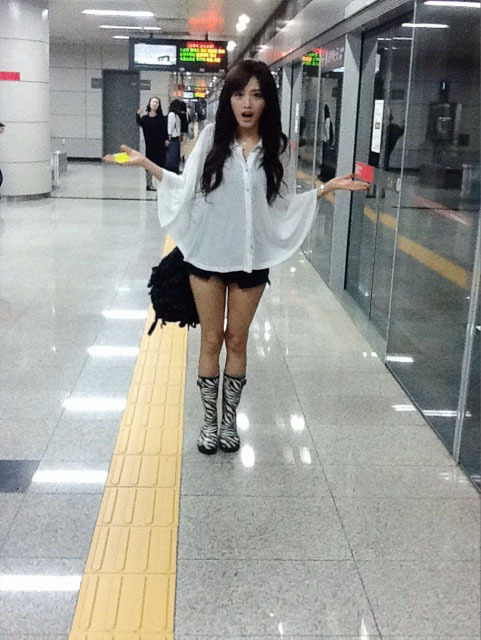 Some events have been canceled for good, such as the opening of Baek Ji Young’s dog-friendly cafe. With sets being flooded, dramas like “Warrior Baek Dong Soo”, “Gyebaek”, “Heartstrings”, etc have also been making last-minute changes to their schedules in order to coordinate everything accordingly.
Although stars are trying to keep up with their schedules as much as possible, obstacles with communications are making it harder than ever. One representative revealed, “Everyone is checking whether their office, recording room, and dorms were flooded. We have to focus on the artists’ schedules but communication is an issue so we’re all very frustrated.” 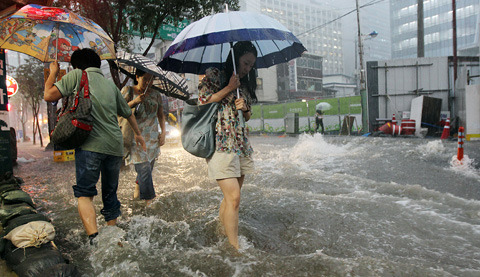