Actor Ohn Joowan (31), who is a former dance instructor of SM Entertainment recently opened up about his experience working with TVXQ’s U-Know Yunho (28, Jung Yunho).

Newsen met with the actor in a cafe in Nonhyun-dong, and he began reminiscing of his days as a dance instructor in SM.

Regarding the fact that he used to teach trainees, including TVXQ’s U-Know Yunho, while working in SM Entertainment, Ohn Joowan stated, “10 years ago, there were about 10 trainees in SM who I was in charge of teaching. I’m sure that there are others in that group other than U-Know Yunho who ended up becoming singers. Back then, they were just kids who were around thirteen or fourteen years old.”

As a graduate of Seoul Institute of the Arts, Ohn Joowan was once more passionate about dancing than becoming an actor. He said, “I’ve been dancing since I was in my second year of middle school. Dance was the only thing that didn’t make me feel stressed out. Just like that kid in ‘Billy Elliot’, I was happy when I was dancing.” 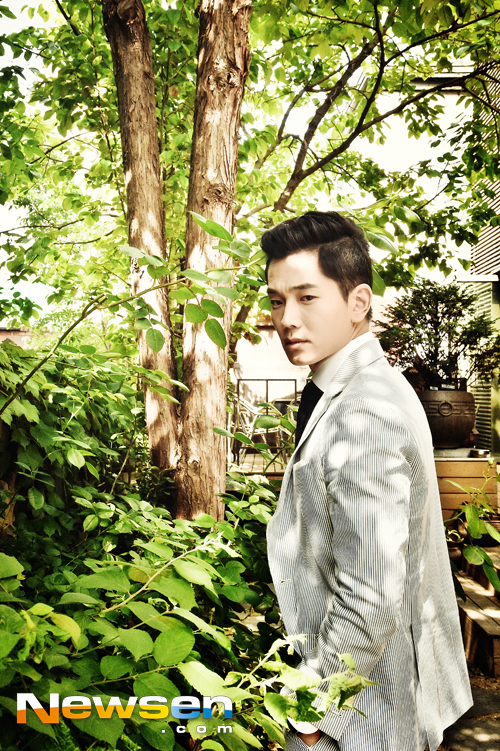 He continued to say, “The dance style that was popular when I was in middle school was b-boy dancing. In the suburbs, contemporary dance was rare but there was a lot of information and resources on b-boy dancing. I also had a lot of friends who wanted to do it too, so I started out with b-boy dancing.”

Ohn Joowan added, “When I became a high school student, I came up to Seoul with the thoughts, ‘I really like dancing, so I should learn at least one more style’ and ‘I really want to try contemporary dancing, not just moves you can pick up on the street’. I came and took lessons on jazz and contemporary styles of dancing. That’s when I decided that I wanted to apply for contemporary dance as my major.”

When asked, “Were you the reason why U-Know Yunho is able to dance so well?” he replied by saying, “No, no. Yunho’s always been much better at me in certain dance styles. I would show up to teach him, and I would always learn poppin’ dance from him.”

Ohn Joowan also stated, “We shared a special connection through our love for dance, not just as a student and teacher. We didn’t really talk that much because we could communicate through our dance moves. When I see these young trainees, I can see just how hard they must have worked to get where they are.”

He also added, “When I was a student at the Seoul Institute of the Arts, U-Know Yunho came for his college entrance exam. This was before Yunho made his debut as a member of TVXQ, and he came up to me and said, ‘Hey, teacher’. That’s when we got to know each other again. We still contact each other quite often.”