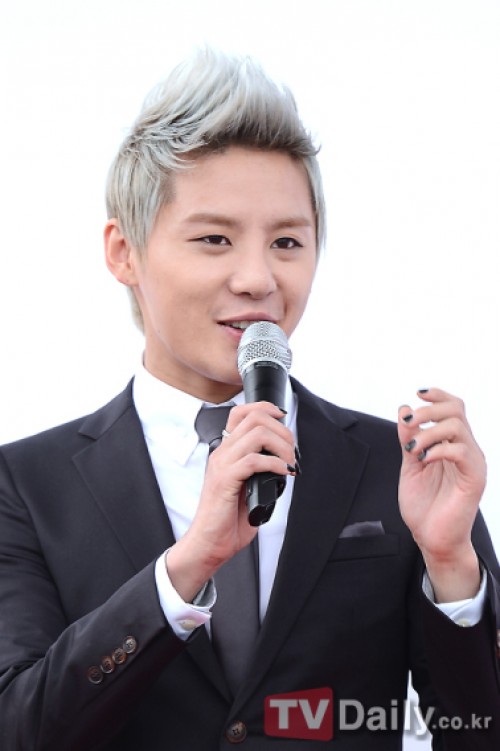 JYJ’s Kim Junsu and Ok Joo Hyun have made their mark as the musical actors with the greatest ticket power.

In 2012, Kim Junsu played Tod in the musical ‘Elisabeth’ and reinterpreted the character signifying death in his own way, receiving love from both fans and musical lovers alike. As his third production since ‘Mozart!’ and ‘Tears of Heaven’, ‘Elisabeth’ has helped Kim Junsu lose his image as an idol singer and make his mark as a talented musical actor.

Kim Junsu, who topped the rankings of the musical genre, also came out on top in the concert category as well. This was the result of Kim Junsu’s busy schedule as a solo singer in 2012 as he released an album and held his ‘JYJ Junsu 1st Asia Tour’ and ‘XIA Ballad & Musical Concert’ this year.

The ‘Golden Ticket Awards’ differs from other awards ceremonies as it has no judging panel and choses its nominees and winners based on ticket sales and audience participation (voting poll) in the past year. It is a ‘Award chosen by the audience members’ that is given to the year’s most popular productions and actors. On its eighth year since beginning in 2005, the public-oriented awards ceremony held its voting poll from the 24th of December till the 6th of January on the Interpark website, with a total of 17,708 participants.