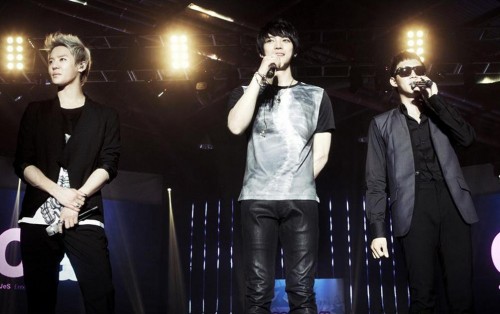 Last year, group JYJ successfully held their “2012 JYJ Membership Week,” in which over 15,000 domestic fans and around 7000 Japanese fans descended up Seoul, South Korea to participate in the large-scale exhibit and event. The “membership week” was conceptualized as a fan-service event through which JYJ would be able to “pay back” their fans’ love by providing everything related to the event for free to the fans, with the exception of travel fare. This event marked a recording-breaking number of one-time entry foreigners into the Republic of Korea. It also reportedly cost the group 3.7 billion KRW (3.2 USD).

In response to the success of last year, JYJ will be opening a “membership week” again this year for four days, from June 27 to June 30, at the SETEC hall. This event is expected to cost more than the last, with the group also funding the travel fare of Japanese fans.

CEO Baek Chang Joo of C-JeS Entertainment stated, “We feel certain that we are the only ones capable of holding such a large-scale fan service event. The tickets to the fanmeeting and exhibitions will all be free and there won’t be any sales of other promotional goods. While we received offers of sponsorship and funding, we declined them all. We want this event to purely be a time for JYJ fans and JYJ to make precious memories and for JYJ to relay their thanks for their fans love.”