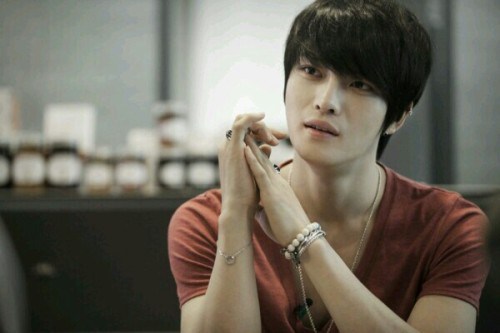 ‘HEROSE’, the fanclub of JYJ’s Kim Jaejoong, has donated 10 million Won to the Beautiful Foundation.

The fanclub revealed on the 10th that they collected a total of 10 million Won from selling glowsticks at Kim Jaejoong’s mini concerts, which began in Korea in January and ended in Japan in June, and donated the revenue to the ‘Kim Jaejoong Boomerang Scholarship’ of the Beautiful Foundation.

The Beautiful Foundation’s ‘Kim Jaejoong Boomerang Scholarship’ was created by ‘HEROSE’ with a 15 million Won donation in December of 2011 and has been used to pay for school fees for high school students. The scholarship is being funded by Kim Jaejoong’s fans, with his Japanese fanclub recently donating 11 million Won in May. 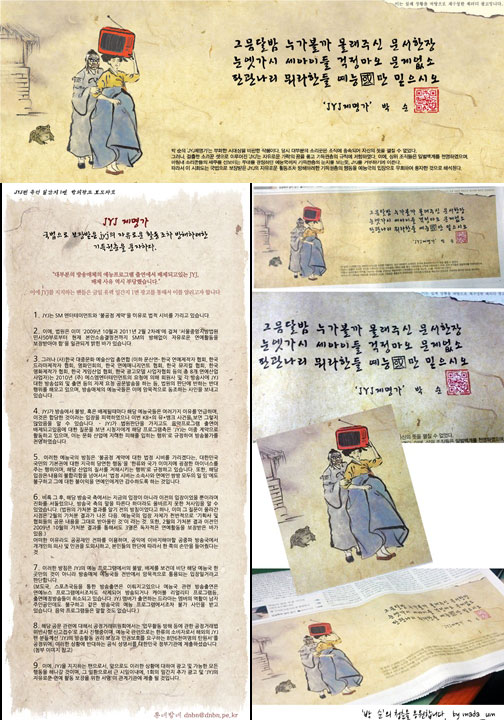 Titled ‘The Ballads of JYJ’, this front-cover advertisement parodies a Saseolsijo (T/N: a form of a traditional three-stanza Korean poem in which the first two verses are not restricted in length) and creates a satire of the hindrance on JYJ’s freedom to pursue activities by the restrictions on their appearances on music programs.

The Seoul District Courts laid down two verdicts in October, 2009 and in February, 2011 stating that JYJ are granted the freedom to pursue independent activities in the entertainment industry till the end of their lawsuit with SM Entertainment.

However, it is still hard to see JYJ appear on TV and more and more people are beginning to question the reason as to why this is. ‘DNBN’, the fanclub that headed this advertisement’, stated, “We want people to know that JYJ’s independent activities are being blocked for unjust reasons.“

JYJ’s domestic and overseas fans have been showing their passionate affection for JYJ as they continue to support the group through advertisements and petitions.