Group JYJ (Jaejoong, Yoochun, Junsu) have stepped up as the honorary ambassadors of the Incheon Asian Games.

The episode of SBS’ ‘Good Morning’ that aired on the 10th included a segment that followed JYJ as they shot an advertisement for the Incheon Asian Games.

On this day, the members of JYJ drew the attention of everyone around them with their bubbly attitudes and enthusiasm.

In an interview with the staff, Junsu was asked, “Which sports category are you most excited for?” to which he replied, “I’m most excited about soccer because I love playing soccer.”

Jaejoong showed his support for Sohn Yeon Jae when he added, “I worked with Sohn Yeon Jae on her gala show once, and I hope she does really well in this year’s competitions.”

Meanwhile, the 17th Incheon Asian Games will be held from the 19th of September till the 4th of October, bringing together athletes from 45 Asian countries to compete against each other. 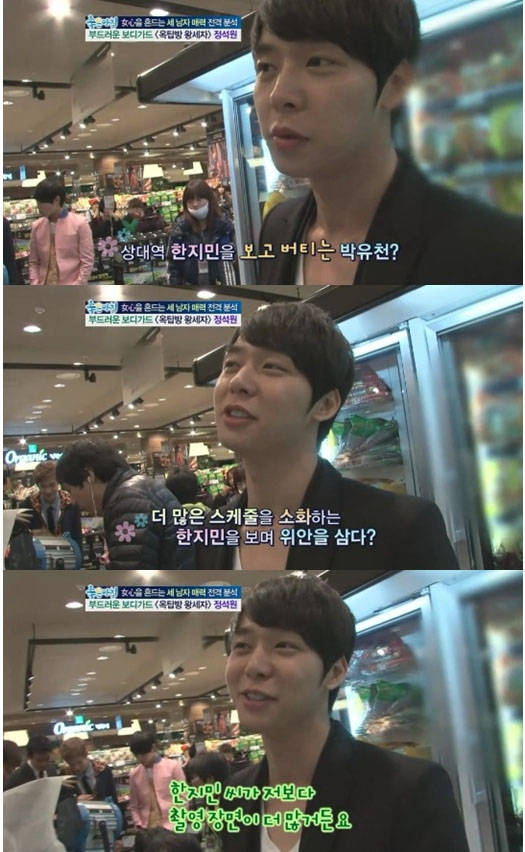 JYJ’s Park Yoochun has been gaining attention for revealing that watching his co-star Han Jimin helps him cope with the difficult filming schedule.

Yoochun appeared in the SBS “Good Morning” show broadcast on 19 April, and revealed a scene of him satisfying his hunger at the tasting corner of the supermarket which was being used as a shooting location. Yoochun said, “This is my first meal in 2 days. Although filming is tough, when I look at Han Jimin, I can bear with it.”

When asked about the reason, he said, “Han Jimin has to shoot more scenes than I do. When I look at Han Jimin who has even tighter schedule than me, I can continue filming”

Park Yoochun and Han Jimin are currently both appearing in the drama “Rooftop Prince.” 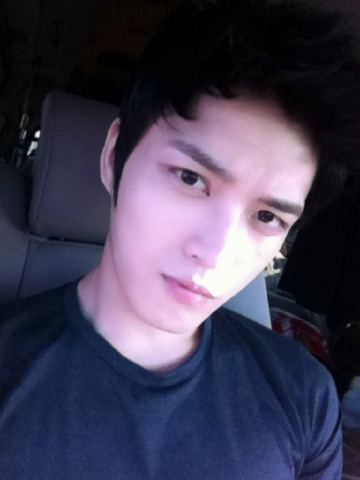 JYJ‘s Kim Jaejoong greeted his fans with a fresh new selca.
Shared on the morning of September 23rd, Jaejoong wrote, “Another hwaiting for today”.
Fans have been bombarding his Twitter with replies that praised his intense stare and masculine charisma. His dark eyebrows, strong jaw, and perfectly coiffed hair made many fans swoon and claim that this was the best way to wake up.
Netizens concurred as they commented, “He gets better looking every day“, “So much masculinity, so much charisma“, and “I could be perfectly happy everyday if you kept saying hello with these selcas“.

Jaejoong is currently acting in the popular SBS drama, “Protect The Boss“.