So much love and affection poured out on the Birthday Man 🙂 You have conducted a wonderful concert tour Jaejoong–your lyrics are memorable and your vocals exquisite. <3

Ahead of his concert, JYJ’s Kim Jaejoong has released a few pictures from his rehearsal with a live band.

C-JeS Entertainment stated, “Ahead of his Asia tour, Kim Jaejoong is busy rehearsing with his live band. Because his first album is a rock album, he rehearses every day to go over all the fine details with his band. On the 30th, he began practicing with guest singers.”

Kim Jaejoong’s first full-length album ‘WWW: Who, When, Why’ has been met with a positive response for its musicality and mass appeal, and became a hot topic when it was revealed that he collaborated with Yoon Do Hyun, Ha Dong Gyun, Lee Sang Gon and Yong Jun Hyung. A representative stated, “We’ve invited some surprise guests to sing with Kim Jaejoong. Kim Jaejoong has prepared a great performance with juniors and seniors in the musical industry, including Gummy, who recently joined our company.”

The photos show Kim Jaejoong preparing for his concert with a live band, and working with Gummy to create the perfect harmony. The singer looks like a mischievous rocker as he rehearses with Gummy.

Meanwhile, Kim Jaejoong’s first full-length album was released on the 29th and topped the iTunes charts in 10 countries, including Japan, Singapore, Taiwan, Thailand, Malaysia, Hong Kong and the Philippines. We came in at 34th place on the worldwide charts, proving his popularity as a global star. 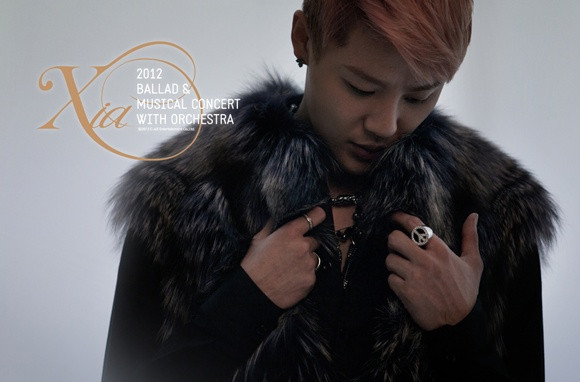 The guest appearances for Kim Junsu’s end-of-the-year concert ’2012 XIA Balland&Musical Concert with Orchestra’ have been confirmed.

C-JeS Entertainment stated, “The guest appearances and staff have been confirmed. Composer Choi Joo Young will create a warm musical&ballad concert and musical actress Kim Sun Young will stand on stage for the ‘Elisabeth’ songs. Also, child actor Tang Jun Sang from ‘Mozart!’ will also appear as the child version of Mozart.

This upcoming concert will be the first solo ballad concert held by an idol singer and will feature songs from musicals, ballads from the singer’s album, OST collaborations and some of Kim Junsu’s personal favorites. He plans to stand on stage for 120 minutes with an orchestra and perform all his songs live.

A representative stated, “A high-quality concert is being crafted. I dare say that such a concert has never been done before in Korea. Kim Junsu will take you on a journey through the various dramas and musicals he has participated in with his musical numbers and OSTs, and will create romantic memories to last with his heart-wrenching yet warm ballads.”

Musical actress Kim Sun Young worked alongside Kim Junsu in ‘Elisabeth’ and has proved herself to be one of Korea’s best musical actresses in productions such as ‘Miss Saigon’ and ‘Jekyll and Hyde’. Tang Jun Sang took on the role of young Amadeus in the musical ‘Mozart!’ and is currently making an appearance in the musical ‘Assassin’. 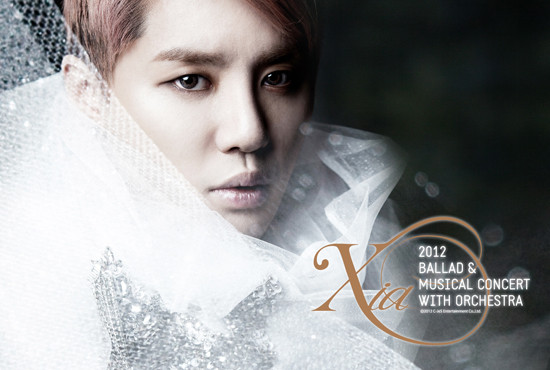