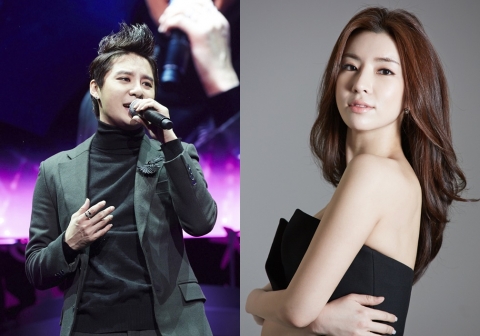 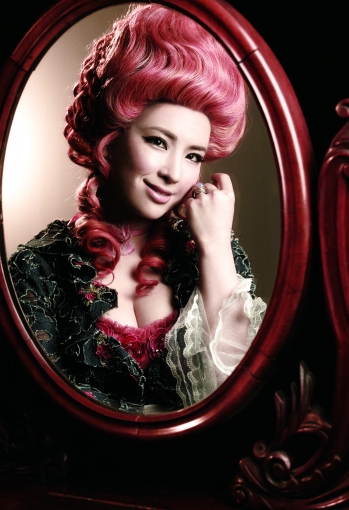 It looks like each member of the ‘Mozart quartet’ has his own unique character?

#2 Kim Junsu(Xiahzart): “Wow~ That kid is really a prodigy. That word explains him well. I think he’s really intelligent. Compared to last year’s performances, he wasn’t able to rehearse much for the encore performance because he was also holding a world tour in between. He came to about two rehearsals and did a run-through and he was so good at it. There were a lot of changes in the lyrics from last year’s performances, but he was perfect.“

“He talks to me on the phone and we chat on Kakao Talk often. I really like him. But it’s not only me; other ‘aunties’… like Young Suk and Lee Gyeong Mi, really like him too. This is confidential.. but when we’re in the make up room, there’s a monitor that let’s us watch what Junsu’s doing on stage. Whenever Junsu comes on, we all say, “How is he so good?”, “Awwww~” and “Look at him, look at him!” Gyeong Mi’s love for Junsu is amazing.”

Two of your husbands are older than you and two are younger than you.

“I don’t know about Junsu, but I can feel the age difference with Dong Seok, though they’re both younger than me. He’s quite handsome on stage. Hahaha!”

“Could there be anyone (who came from being a celebrity to a musical actor) who loves musicals more than I do? For people who have come from the TV screen to the musical stage, some may see musicals as just a job that brings home the paycheck. But how much do those people really love musicals? Of course, Junsu is an exception. From when I was little, I’ve always dreamed of becoming a musical actress. Now, I’m living it and wanting to make it my entire life.”

Who is the actor who has had the best chemistry with you till now? Just so you know, a fan of Kim Junsu asked this question.

“Hahaha! First of all, I’d just like to say that I have horrible memory. When a concert has an encore performance, people usually remember how other actors were in the initial performance, but I can’t. My mom says, ‘How do you memorize your lines with that awful memory of yours?’ I’m better at momentary concentration.”

“At first, I worked really well with Gun Myeong. At that time, I didn’t know much so it must have been hard on him. I work really well with Junsu too. I thought we wouldn’t have great chemistry together but we surprisingly do. It’s because Junsu’s so witty.“