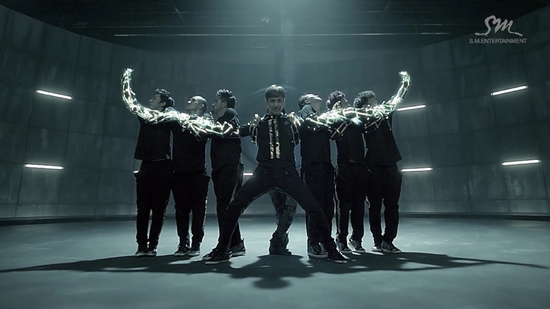 TVXQ, who will be making their latest comeback in one year and nine months, are preparing a secret weapon called the ‘Hulk dance’ with special LED equipment.

The group is planning to create a stage performance that transforms them into the Hulk by combining their arms with that of their dancers.

Fans caught a glimpse of the Hulk dance in the teaser video of TVXQ’s new song ‘Catch Me’ on the 21st. In the video, the members transformed into the Hulk and depicted dragons ascending to heaven by using special LED equipment.

A representative of their agency stated, “The choreography will be replicated exactly during TVXQ’s broadcasted performances,” and “A mind-blowing performance that only TVXQ could take on has been prepared.”

TVXQ will be releasing a video on the 22nd that combines various images of the members and a highlight medley of all eleven tracks from their new album ‘Catch Me’.