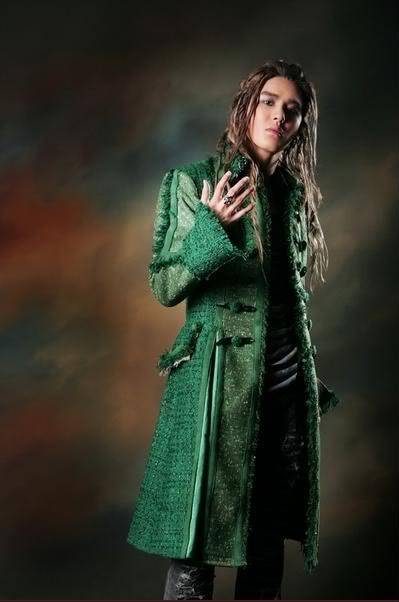 To Kim Junsu, the musical “Mozart!” was an unforgettable performance he has had. During the earlier half of 2010, he had no activities since he had left TVXQ. When he was offered to act in a musical, he had wanted to reject the role, as he was worried about being in the unfamiliar musical industry. He tried to put himself in Mozart’s shoes. Mozart went with his father’s wishes, and travelled from Salzburg to Vienna, just to write music for the archbishop. Even though he was a genius, and lived a luxurious life, but that made him fell into deep misery and unfortunate.

The scene where Mozart left Vienna, flipping the high castle walls in search of the “golden star”, he finally lived for himself, and not for his father. Kim Junsu was moved by the song “Why can’t you love me”, sung by Mozart.

Finally, Kim Junsu found himself familiar to the singing and acting techniques in a musical; he perfectly displayed Mozart’s character. He felt blessed, even though he was tired. The audience was also much affected as they watched his performance; when Kim Junsu played the contradicting character of music genius Mozart, the audience laughed together with the happy Mozart, and teared when Mozart cried. When the stage curtains fell each time, the audience would do a standing ovation. This year, during the curtain call in “Mozart!”, he was reminded of that unforgettable moment he had during last year’s performance. The popular idol star Xiah Junsu has successfully transformed into musical star Kim Junsu.

Currently, Kim Junsu, who has performed “Mozart!” twice, is ambitious. Also being a member of JYJ, he would like to try acting in dramas and movies. He would be performing in another musical, which would be different from “Mozart!” and “Tears of Heaven”, and hopes that he would still be able to keep up with his dance steps. He hopes to take a step at a time, in achieving his own goals.

Shared by: tohosomnia.net
Do not remove/add on any credits