JYJ’s agency, C-JeS Entertainment, denied the rumors regarding the JYJ members’ plans for the army.

A rep from C-JeS Entertainment spoke with Newsen on June 5 and said, “The rumors about Kim Jae Joong and Park Yoo Chun enlisting in the army later this year are misleading.” 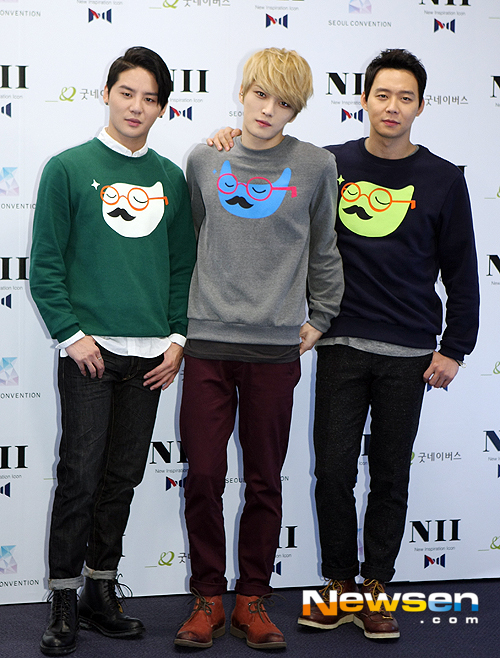 On June 4, Park Yoo Chun held a fan meeting celebrating his birthday and brought up JYJ’s plans for a new album and the army. This led to rumors claiming that Kim Jae Joong and Park Yoo Chun will be enlisting in the army after the album is released later this year.

Meanwhile, Park Yoo Chun will be holding another solo fan meeting in Guangzhou on June 14 and in Shanghai on 29. Kim Jae Joong is currently acting in MBC’s Triangle and Kim Junsu has been cast in musical Dracula to begin performing in July.

Super Junior’s Heechul has enlisted in the Korean Army. That will be a reality for all of our guys at some point, and basic training is hard. So I thought that I would feature a few Heechul moments as he is close to Yunho, and full of energy. I tend to see the artists not their employers.
Heechul, you will be missed by many. <3

Donghae Cried Because of Heechul (leaving)