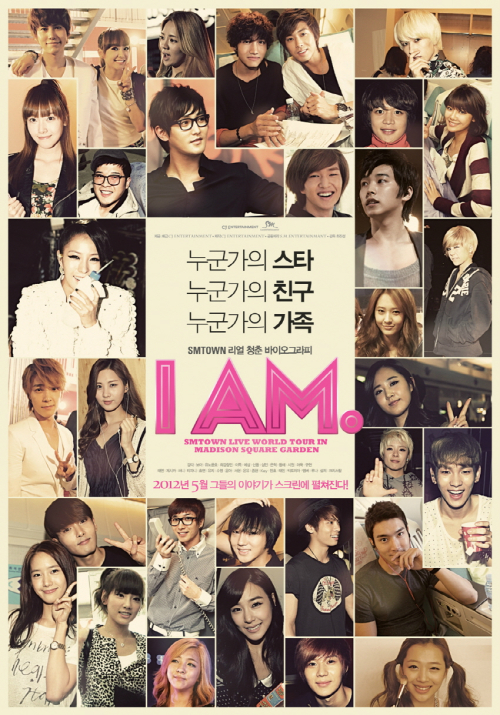 The movie “I AM”, based on the stories of the artists under SM Entertainment, will premiere in Korea on 21 June.

“I AM” premiered in Japan on 2 June, and received an explosive response locally. It was the best selling movie during the weekend that it began screening, winning a landslide victory. Also, although most of the viewers were in their 20s, there were also people of all ages and genders, from elementary school students to those in their 50s, lining up in wait to watch the film.

“I AM” tells the stories of SM Entertainment artists, including Kangta, BoA, TVXQ, Super Junior, Girls’ Generation, SHINee and f(x), as they work their way towards the world stage.