JYJ‘s Jaejoong revealed that the group’s 2011 song “Get Out” didn’t start out as a dance song.

Jaejoong shared with his Instagram followers: “‘Get Out’ wasn’t originally a dance song~,” adding, “It was completely different.” He also added clips of the piano of the original track before it became what fans know it as today.

Fans commented, “So sad and beautiful,” “Release it as a remix,” and “Almost moved to tears.”

O.K. I can handle this–but I guarantee that I can’t do this dance  😮 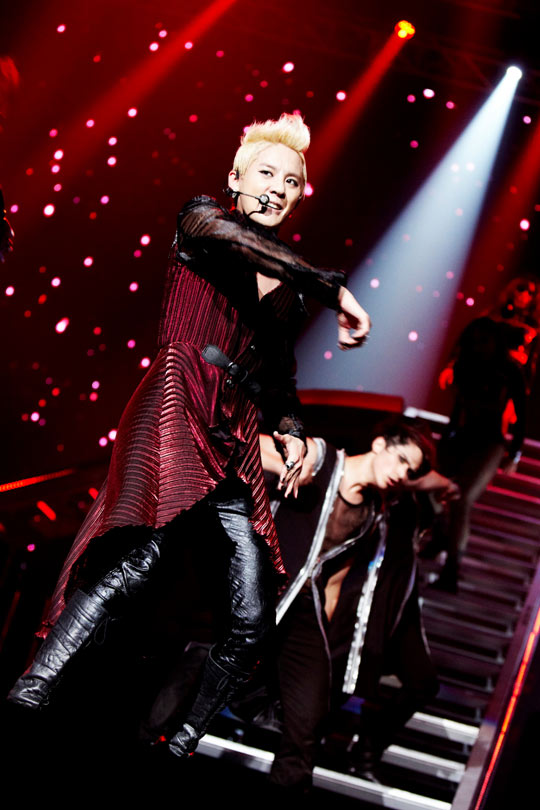 Kim Junsu’s management agency, C-Jes Entertainment, stated on the afternoon of 7 June, that a dance version music video for “Tarantallegra” has been prepared in order to promote the album (further) to overseas fans.

According to C-Jes, the dance version music video this time has been re-edited to focus more on the performance, unlike the (original) music video, which was created based on the unconventional concept of a wizard’s hypnotic appearance as well as both the masculine and feminine appeal.

In the music video this time, Kim Junsu has perfectly taken on the high-level choreography by the famous American choreographer, Jeri Slaughter, who is also the choreographer for Christina Aguilera, presenting a music video of high-quality which is rarely seen in Korea.

On another note, Kim Junsu’s dance version music video will be released via JYJ’s official Youtube channel (www.youtube.com/CJESJYJ) on 11 June.

Just To See If You’re Awake  🙂   Another of Chris’ favorites.