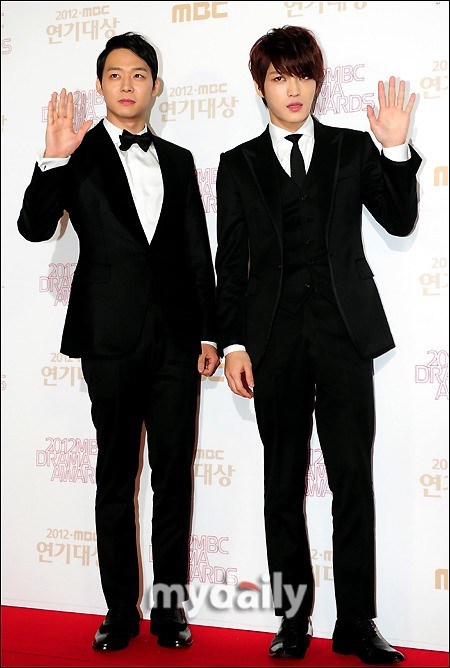 During the 2012 MBC Drama Awards, which was held on the 30th at 8:40pm, the Male Rookie of the Year award was given to Kim Jaejoong of ‘Dr. Jin’ and Lee Jang Woo of ‘Oh Ja Ryong is Coming’.

Kim Jaejoong stood in front of the microphone during his acceptance speech and stated, “I’m even more nervous because my parents are here. Before, acting used to be something I had to do, but ‘Dr. Jin’ made acting something I wanted to do.”

He ended his speech by addressing his fellow JYJ members and saying, “There are so many people I want to thank, but if I tried to list them all, that list would never end. But (Park) Yoochun, and (Kim) Junsu, who couldn’t be here today… Thank you so much for being such a great strength to me.”

Kim Jaejoong played the role of Kim Kyung Tak in ‘Dr. Jin’. Though it was the first time that he had tried acting in a historical drama, his concentration and acting talent helped lead the drama to greater popularity.

[News] 121230 Kim Jaejoong Describes Park Yoochun As, “An Actor I Really Like” When Announcing His Award Win 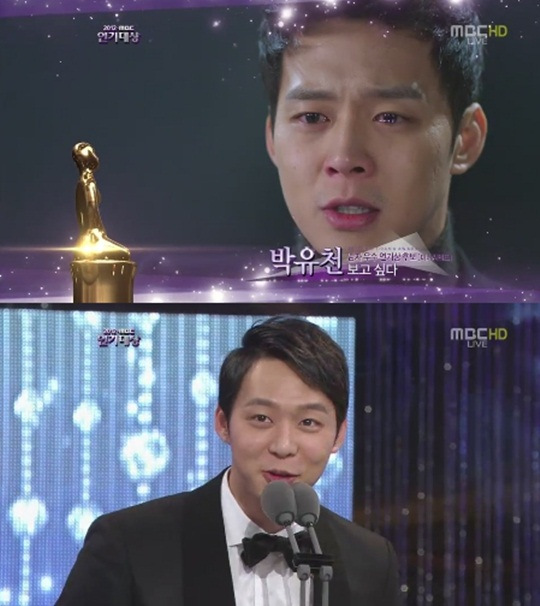 Park Yoochun won the Excellence Award for Male Actors in a Miniseries.

The ’2012 MBC Drama Awards’ ceremony was held at the MBC Open Hall on the 30th, led by Actor Kim Jae Won and Singer Son Dambi.

Park Yoochun won the ‘Excellence Award’ for his role in ‘I Miss You’ and stated, “My family is here with me right now, and I’m grateful to have them here. We’re still in the process of filming for the drama, so please give us your love till the very end,” and “So many things have happened this year, and I’m happy to be ending the year with such a great award. I will work harder than ever before from now on.”

Kim Jaejoong, who announced the winner of the Excellence Award, described the winner as “An actor I really like,” before stating Park Yoochun’s name.

Park Yoochun plays the role of Han Jung Woo in ‘I Miss You’ and is receiving high praise for his acting.