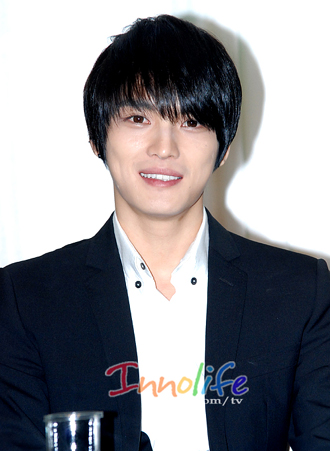 Having their two month long world tour end, JYJ’s Kim Jaejoong has found the appeal of the role of a director. He conveyed his impressions of the world tour and when asked to describe it in one word, he stated that it was “very fun”.

Kim Jaejoong stated proudly that, “After the end of the tour, I was praised by the company, my members, and by the staff. There were a number of songs that I myself composed just for this tour, and I was also the director of the concerts in Asia. And it was this kind of concert that was also performed in America. There were various difficulties and troubles, but to have accomplished such a big tour without having to ask for help from elsewhere was very satisfying.”

Through this recent world tour, Kim Jaejoong debuted as a director. When asked to choose between artist and director he laughed and said, “During the actual performance, I think it’s better to be the artist.” He further stated that, “Directors are really amazing, and I want to educate myself more about directing dramas. Being a director is about overcoming all the complications in order to shoot as how you desire. But in the end, a drama is a drama and a performance is a performance, and either of these have their own appeal.”

One of the most memorable moments for Kim Jaejoong with this world tour was their performance in Bangkok. Kim Jaejoong stated that, “I wanted to direct the first concert no matter what. The reaction from the fans was really good too so I was very touched.”

“Director Kim Jaejoong” also said that he had a desire to direct concerts and performances of other artists. He stated that, “I have an interest in directing performances for other artists similar to us. I once talked with my close friend Kim Hyunjoong about working on a album with our own style, and to do activities together but Kim Hyunjoong said that he was too greedy about his own music and would end up directing everything himself”, Jaejoong said laughing.

Also, while directing the gymnastics exhibition for Son Yon Jae, Kim Jaejoong reflected on how that experience had been extraordinary and enjoyable. “Son Yon Jae’s presentation showed that she understand more than what I understood I had to direct.”

He added, “I think if you truly play the part of the director and take it seriously, it would be a very interesting and an attractive area of work. Of course, right now I’m still taking small steps and learning, but I feel like my point of view in seeing the whole of a concert has gotten bigger, wider. During concert rehearsals, there were moments when I felt I wasn’t an artist standing on a stage, but I was behind the audience and directing, and that I myself was fulfilling a contribution to my team,” he concluded proudly.

Meanwhile, the “singer Kim Jaejoong” commented on their upcoming Korean album as “currently under preparation”. “I want to release it as soon as all the good music comes out but I wonder if it will be possible this year. We are currently even between different activities,” he added, not giving a definite answer.

Also in regards to whether he will be taking part in the OST of “Protect the Boss”, he said that there were still no such plans. He stated that, “At the moment there are no compositions that I could use for this drama, and it’s also difficult to join in so soon. But if such a proposal comes I will accept in order to support the drama.” He ended with this lingering statement, amplifying the expectations of the fans.