JJ:How are you doing? Are you guys having fun?

How about the back?

There are people all the way in the back who can’t even see us. Can you guys also scream?

We also know there were many people who couldn’t come to the venue. It’s too bad, but we will gratefully accept your thoughts from here.

JJ: When we sang the ballad just a while ago, you guys did a surprise pen light event. (T/NI think they changed from red to yellow for Fallen Leaves) Thank you so much!

JJ: I know previously there was such an event at the Korean concert and the Kokugikan and we were touched by it, but honestly, we did not expect this here, so we were touched again.

JJ: But it’s better for the people in the back if we go to the main stage….

Ok, well, last time when we were at the Kokugikan, it was more like an event, but this time at Ibaragi, we are able to hold our own JYJ concert, which we’re really happy about. And I’m sure each of us would like to share our thoughts… so, in order to do this, let’s go to the main stage!

YC says something as they go up the stage but can’t hear.

JJ: Ok from here…oh! You guys all became quiet!

Ok, so from here, it is time for us to share each of our honest thoughts about holding this JYJ concert. Let’s start with JS?

JS: Can’t I be the one to decide who talks?

This is hardest part to say in Japanese…

As you may know, there were so many times we wished to be on stage or do an event in Japan, but, as you know, there were some difficulties and we couldn’t do it. Because of that, every time, we felt really sorry to you guys. I’m really joyful and happy that we are finally able to be on this stage and see you guys. Seeing you guys, we get the strength to continue forward. This is the only thing I can really say: Thank you so much.

Really, thank you very much.

Umm…was it yesterday…no, today. We had rehearsal until early this morning. And the three of us talked about how we want to release singles and albums in Japan. It doesn’t have to be included in the Oricon charts. We just want to be able to do activities in Japan, to be able to sing Japanese songs on stage with you. It’s a bit nostalgic. Just like JS said, we feel sorry that we can’t do it. But you know, while we were backstage, we heard your reactions/cheers and we thought, ‘Oh wow. JYJ isn’t dead yet.’ (T/N Sorry, such a literal transition…you guys get the idea though, right? Kind of like “we can still make it.”) And that’s because of you guys. Thank you so much!!!

JJ: Umm…so as you can see, they are sharing from their hearts and I don’t know if there’s much I can add to what they said, but…you know, we always say “thank you,” “we’re sorry,” “we are able to come this far because of you guys” but it’s because you always warmly cheer us on with the same heart, unchanging from our debut days – even in these uncertain times. That’s why we say “thank you,” “we’re sorry,” and “we are able to come this far because of you guys.” We feel a bit envious of all the new artists (Korean) coming to Japan. Those artists come to Japan with hope [to succeed] and are challenging themselves in a new world. Even with just you guys here, we are filled with emotions/with hope (Not sure about this part). We are very thankful. But in our current condition, we don’t know what’s going to happen with our activities in Japan. We worry about what will happen when your support is gone? So we are envious of the Korean artists that are debuting now. But even from now on, though we are a little bit older than those new artists, we can return to the feeling of when we were new artists. We’ll do our best by bringing new songs and continuing to show our unchanging form. Please believe in us.

Well, I think, even though we couldn’t share all, we were at least able to share part of what we are feeling.

Unfortunately, the next song will be the last song…

As Tohoshinki, we have sung over 100 songs. We would like to sing these songs, but unfortunately, we can’t (probably alluding to the legal issues). There are songs also that you don’t know about, but well… I think you guys understand our feelings.

Yesterday, the three of us briefly sang this song during rehearsal, so I was thinking…is it ok if we sing it?

(Obviously, the other two were not expecting it.)

This is totally ad-lib. We didn’t plan this.

Sings a phrase of SBU.

YC: I often listen to our Tohoshinki songs with my ipod while we are on the move.

JJ: We had very good songs, huh? Well, I don’t know if we’ll be able to make better songs than those, but we’d like to continue creating songs that will touch your heart.

So, now, please listen to our last song… In Heaven.

thanks 3hoshi for the tip ^^ 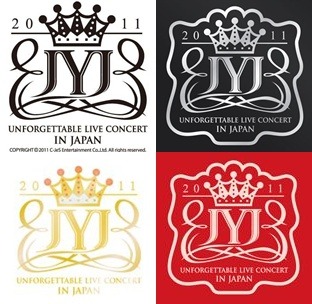 When Jaejoong suddenly said that they might sing the song on stage (they seem to have practised a part of the song the day before), the remaining two members seemed really surprised, and had the look of “Really?” “Are you serious?” on their faces. Junsu with the surprised expression on his face was on the big screen at that moment, so I believe it was not planned beforehand. Yoochun also seemed very surprised.

And without any sound checks, they immediately started to sing “kimiga irudakede kagayaite mieta anokorowa nidoto modotteha konaikedo”. Though it was a very short phrase, the acapella version of SBU was so beautiful, it reached the bottom of my heart. I am really grateful that they sung the song.

Jaejoong’s way of saying “Tohoshinki” was full of love, it seems that he treasures the word and meaning so much. Jaejoong also said that there were almost 100 songs of Tohoshinki, and the songs are really beautiful. He also said that it is difficult for them to sing the Toho songs now. From their talks, we came to know that they are sometimes hearing the Tohoshinki (5 members’) songs in their cars. I can sense that they really treasure the songs they sung as Tohoshinki. Thank you, JYJ.

Junsu cried while singing Fallen Leaves. He even stopped singing for lines. Maybe it’s his climax,he’s the writer+composer for the song? He’ll understand and deeply feel it more than everybody. He tried to continue singing,and he did it. Great job,Jun-chan!

Then after JJ said Tohoshinki and sang SBU,JS and YC were seemed surprised when JJ said they’ll sing SBU. It’s unexpected! JS and YC were like ‘that is song of 5! We sing it? Now?’ then they sing it. ACAPELLA! So totally touching! Harmony,omg if it was sang by 5. Even just for lines…TT
Idk why JJ planned it. But JJ read fans’ mention. Maybe he read a request and make it true? Or maybe,he know how JS and YC want to sing THSK’s song so badly so he made it? Or,or…or he want to prove he still love to be part of Tohoshinki?

However it was so touching! They said they want to sing the song of 5 so badly. The 3 were like ‘brought to the sweet memories in the past’ for seconds. Js start up to cry,again. JJ teary too!
It was ‘Kiii。。～～『soundcheck for acapella』kimi wa doko ni itte? Dare to doko ni itte?’
just lines. But it feels like they sang a whole song. It gave me strength when,again,I lose hope of them. Don’t blame me,it was tiring for wait! But once again,JJ like command me to not lose hope. Yes,he ever said to not believe anything unless it was said by one of the 5. He ever said to waith and believe in them.

Then it was In Heaven. Idk why,maybe God had planned it? It’s destiny? It started to rain! Not a heavy rain,but it was slow,like a flashback in movies. JJ cried now. JS even more TT
If i could hug them and share sadness,sorrows…they made us cried so badly! If this were China,we must be shouted MIDOYO!
When they sang Geojimal geojimal… And that deulijiga anha part…it was so touching! Deep meaning deep feeling 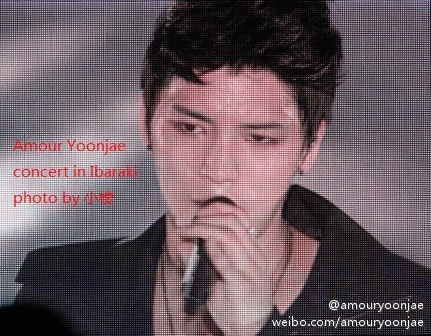 Jaejoong said if they could sing Tohoshinki song, everyone should be more familiar with it right, we also really want to sing it but we can’t
Jaejoong said he wants to sing it once, when no one had the chance to react, he sang Stand by U, the other 2 hadn’t been able to react yet
he said to everyone, I can sing this right? Everyone said yes. Then the three of them sang acapella a little part of Stand by U, Stand by U 君はどこに行って this part, everyone cried TTT 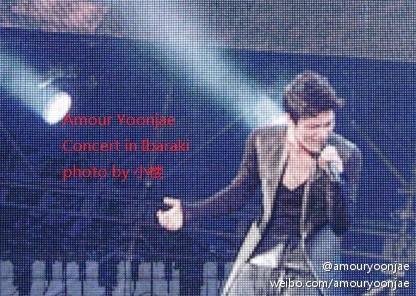 Jaejoong said he originally thought there wouldn’t be this many people coming, but everyone came so he was very happy. The crowd that came couldn’t have been just 40,000, the line waiting to buy the goods was 4 kilometers long. Japanese fan support was awesome, the entire stadium was a red ocean, except for Fallen Leavens it became a golden ocean altogether. During SOLO, Jaejoong sang I’ll Protect You, during Talk, he even brought a Hello Kitty fan on stage, so cute ^0^

JYJ Stand By You + In Heaven

DBSK A Nation Stand by You/Survivor