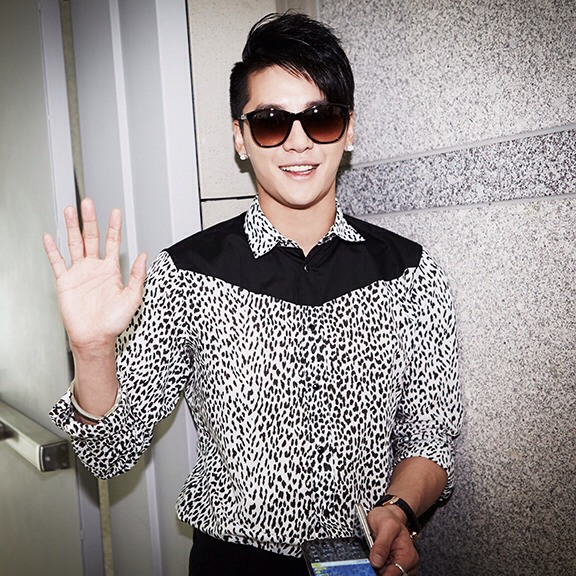 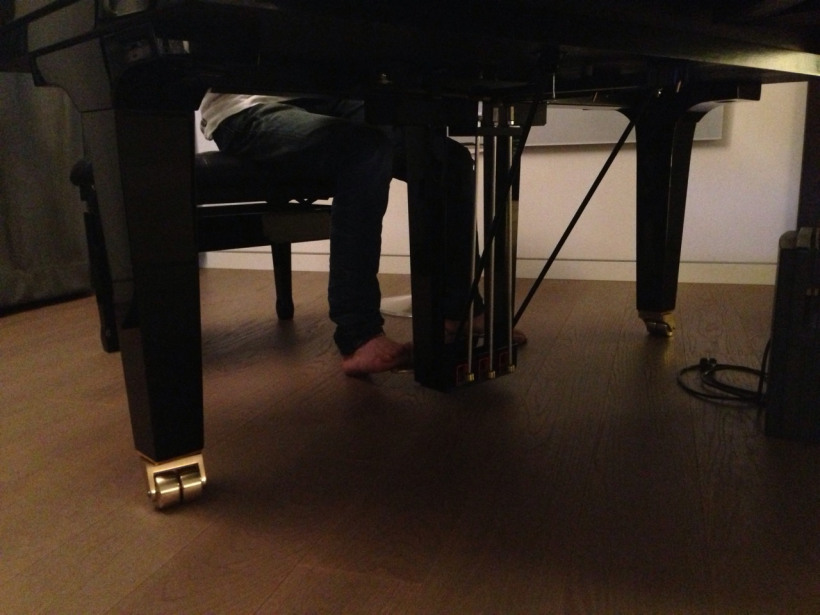 As you may know, we’ve had a pretty rough weekend, but we just wanted to say a big THANK YOU for all the support that you guys have shown us 🙂

Despite what many people may think, neither of us are interested in quantified achievements. We are content, really, just to keep to ourselves and do what makes us happy, and our vision for dongbangdata was to be a place where we could translate what we can, when we can, and share what we do with those who enjoy it.

Therefore, instead of excessive validation, we will simply continue on our own way. We are thankful for, and welcome all you sweet people who have decided to join us for the ride~

We love you guys~

<3
The ninja masters of dongbangdata

Junsu’s Signature and Message for Dongbangdata!

We had the privilege of meeting a certain Mr. Kim Junsu at his mom’s cosmetic shop by chance 🙂 We gave him a little introduction about our site and he very willingly agreed to give us a signature and a little message!

His parents asked us what we wanted written on the signature and we said anything was fine, so this is what he wrote for us♥ 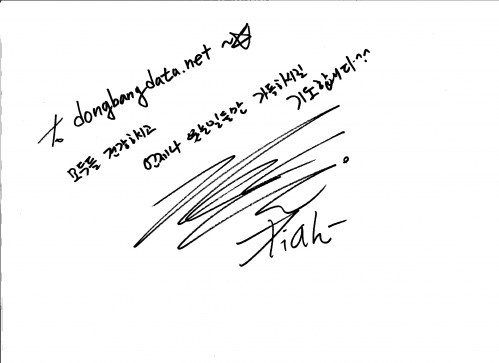 “I pray that you’ll always be healthy and have a life filled only with things that make you smile/laugh ^.^” 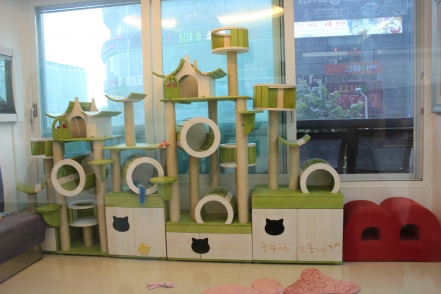 *breathes in and out*

teehee, anywho Rara and I decided to go to Junsu’s pizza place and Crebeau today to eat and get our nails done.
We were supposed to go on Tuesday but because of my college apps, we pushed our Ilsan trip to today and thank God we did!

After Imshil (btw Junsu’s favorite pizza is the Chicken Barbecue one if any of you are interested) we found our way over to Crebeau and Rara had just gotten her nails done, when a couple of Japanese fans started like major spazzing.

Then we saw his mom and she was carrying two photos for the Japanese fans. My initial thought was ‘wow they’re getting so excited from seeing his mom. I wonder what they’re like when they see Junsu’ and I decided to eavesdrop a little.

For some odd reason, the lady who worked there was talking to them in Korean and said something like “and he’ll sign these for you since you bought them”

Spazzing, we ended up each buying Xiahlendars for him to sign (they are hella cute btw) and we waited for our turn. We walked into the room and there’s this guy in a hoodie with the hood covering half his face and texting like a mad man.

He put his phone down and looked and us and he actually has pretty nice skin, even without any make up on. So he started signing Rara’s, whose name I had to spell out like four times X) And I was spelling it out for him and his mom and dad starting chiming in, it was adorable. It felt like being a parent teaching her kid how to spell♥

And I told him that Rara spoke Japanese and English, though his mom and dad both thought she was Korean. And I thought he would write something in Japanese, but he wrote “thanks~” in English and his dad laughed.

And then I gave him my name and his dad asked me if I was a college student. I said I had just submitted college apps and he was like “Oh so you’re a 12th Grader?” and I was like “No, I graduated overseas,” and his mom asked where I lived and I said, “Dubai!” 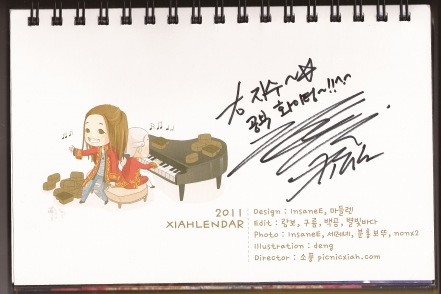 Junsu, his mom and his dad all looked at me and were like “Wow~” and I was like ‘EEEEEEEEEEEEEEEEEEEE’ on the inside. So then Junsu’s dad asked where I had replied and I said, “I’ve gotten into Korea and Yonsei University and I just applied to SNU today,” and he said “Wow~ You must be really smart!”

By that point, Junsu was done signing my paper and I said, “Oh! and we run a translating site and we were wondering if you could give us your signature for it?” His dad looked really interested and he gave Junsu an A4 sheet of paper and asked me to write down the name of our site. I wrote it down and Junsu gave us a signature. His mom asked what Junsu should write for a message and I said anything was fine, but she said that ‘anything’ is pretty hard and Junsu just wrote what he wanted and said ”I pray that you’ll always be healthy and have a life filled only with things that make you smile/laugh ^.^”

And I asked if we could take a photo with him and his dad said, “Oh he hasn’t put anything(bb cream/make up) on his face, so he won’t” and I said, “I haven’t either! It’s okay~” and we all laughed 🙂

So after that, Junsu’s phone rang, which he answered with “Who is this?” and then he was having a phone conversation and I zoned out because I don’t like eavesdropping on people’s phone convos, and we were wondering if we should leave when Junsu’s dad said “Shake his hand before you go.” So we waited a bit.

And then Junsu got off his phone and looked at us with this gaze that seemed to say ‘Wait, why are they still here?’ and it was so ADORABLE♥ And then his dad was like, “Junsu shake their hands!” and Junsu was like “oh right!” and he shook our hands. omg his hand is so small for a guy but so strong T__T

So then as we were leaving, I was like “Oppa Hwaiting~ Hwaiting on your new album~” and him and his parents all laughed and smiled.

After that, I was getting my manicure finished and I told the lady that we weren’t able to take pictures with him, and she said, “Oh yeah, he doesn’t like taking photos because he says he comes out chubbier on camera. But isn’t he so skinny?” so then she and I talked about how skinny Junsu was for a good five minutes.

He left for a bit to go to the bathroom and when he came back I looked to see how skinny he was and dat butt…. lol Yes it is noticeable since his legs are so skinny compared to it 😉

After a bit, he left again and when he did, he said bye like four times. It was so cute♥

So then we got to see his cats and omg ;A; I LOVE THESE CATS SO MUCH LIKE….. NO LIE
I can’t even express my love for them in proper English SO CUTE T__________T
Bakira and Tigger were chasing each other around for a bit and Leo was just….. lazing around and sleeping lololol

So then we left, and his mom was like “Come again soon~”

OH YOU BETCHA I WILL
Credit: melodiamuse