[Trans] 120315 Park Yoochun, Park Yoohwan Exhausted Themselves In The Midst of Sadness For Their Father’s Death

On the 15th, both senior and junior colleagues, fellow actors and entertainment industry personnels have made their way to pay their last respect to the father of brothers Park Yoochun and Park Yoohwan, sending the distressed brothers their condolences.

Especially Park Yoohwan who has not been able to eat anything, the continuous tearing and staying vigil at the wake has resulted him in exhaustion. He was then being sent to the hospital for a drip before returning once again to the wake.

Members Kim Jaejoong and Kim Junsu, together with Song Ji Hyo and the C-JeS staffs have also been staying vigil at the funeral hall since the 14th.

T/N: Same as the previous article. It’s to keep the rest of the fans informed and thank you Jaejoong, Junsu, Song Ji Hyo and the rest of the C-JeS staffs for staying with Yoochun and Yoohwan. 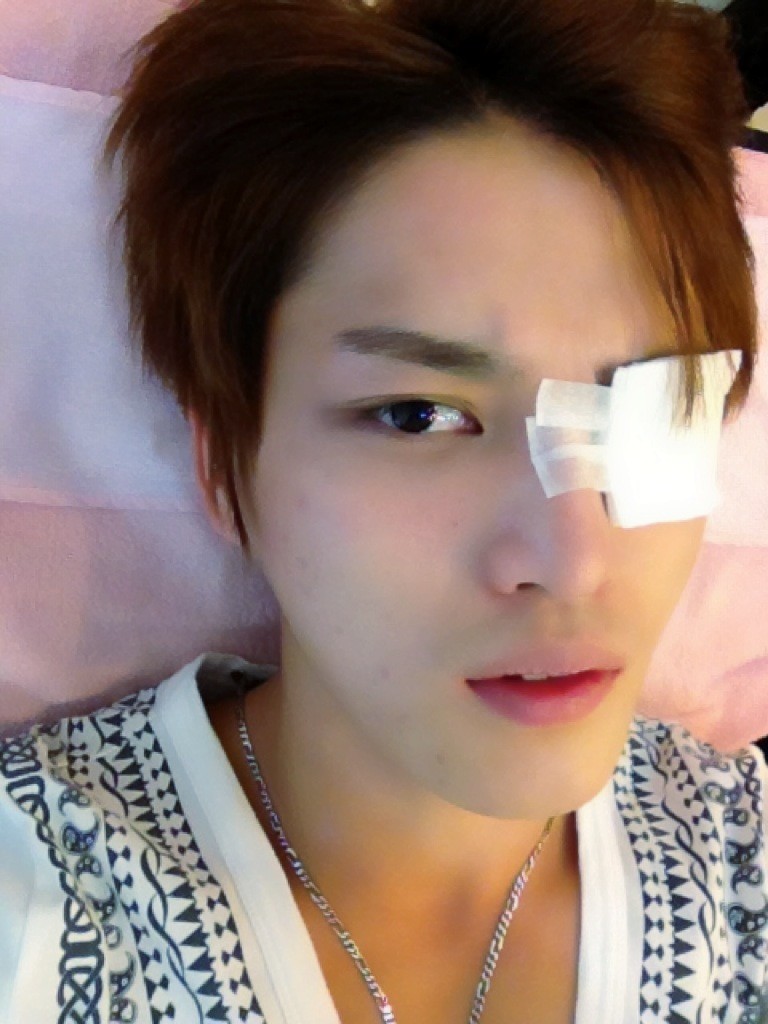 [TRANS] An unforgettable day…
It has been 1 year since the day my beloved nephew was born into this world!!!*^^* Hyun Ah ah… Happy birthday… But… in this happy day… all of sudden… dad got sick on his way (T/N: to the birthday party, I guess)..
In the emergency room of the University Hospital.. major surgery in the middle of the night… Dad, please completely recover soon..
“ 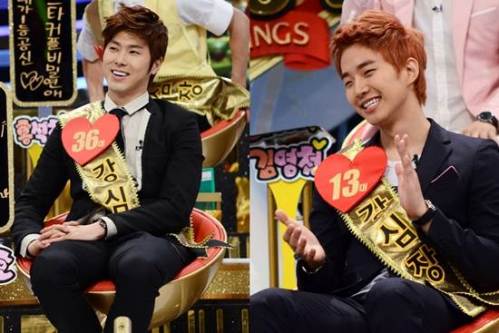 TVXQ’s Yunho goes to the hospital after a fierce dance competition against 2PM’s Junho. (Silly You, I’m glad you’re o.k.)

On June 14th, during an airing of SBS’s “Strong Heart’s” special edition featuring the King of Kings, Yunho revealed, “In the past, me and Junho actually had a fierce dance battle at social gathering,” drawing the audience’s attention. He also confessed, “I was so provoked by Junho’s dance that I over-did my part… so much so that my legs didn’t move the next day (and had to go to the hospital).”

89 Dead After Tornado in Joplin, Missouri; Number Expected To Rise

By the CNN Wire Staff

On CNN tonight at 9 ET, Piers Morgan has more on the recovery effort. At 10 ET on “AC360º,” Anderson Cooper reports live from Joplin and has firsthand accounts of surviving the tornado.
Read more about this story from CNN affiliates KOTV, KSHB and KODE. Share your stories, photos and video with iReport.

Joplin, Missouri (CNN) — A tornado that chewed through a densely populated area of Joplin, Missouri, killed at least 89 people as it tore apart homes and businesses, ripped into a high school and caused severe damage to one of the two hospitals in the city, officials said Monday.

“Everybody’s going to know people who are dead,” said CNN iReporter Zach Tusinger, who said his aunt and uncle died in the Sunday night tornado. “You could have probably dropped a nuclear bomb on the town and I don’t think it would have done near as much damage as it did.”

As many as a quarter of the buildings in the southwest Missouri city suffered major or significant damage, fire and emergency management officials said.

Parts of the city of 50,500 were unrecognizable, according to Steve Polley, a storm chaser from Kansas City, Missouri, who described the damage from the Sunday night tornado as “complete devastation.”

Live Blog: “It was like living in the ‘Twilight Zone'”

“The particular area that the tornado went through is just like the central portion of the city, and it’s very dense in terms of population,” Joplin Emergency Management Director Keith Stammer said on CNN’s “American Morning.”

‘We are going to need a lot of help’ More than 1,000 law enforcement officers from 40 agencies in four states were in Joplin aiding with disaster response, said Colin Stosberg, a spokesman for the Missouri State Highway Patrol.

Gov. Jay Nixon dispatched a specialized search-and-rescue team to the city, along with 140 National Guard troops and state troopers from other parts of the state.

Searchers were combing the center of the city for trapped survivors as well as additional bodies. But the work was being slowed by a new round of severe weather that rolled through the city Monday morning, as well as widespread problems with broken natural gas lines and other safety issues, he said.

The tornado struck about 6 p.m. Sunday and reportedly grew to as wide as three-quarters of a mile at one point along its estimated four-mile track, according to the State Emergency Management Agency.

St. John’s Regional Medical Center was hit directly by the tornado and suffered significant damage, according to a statement from Lynn Britton, president of Sisters of Mercy Health System, which operates the hospital.

One facade of the building made of glass was blown out, and authorities evacuated the medical center, said Ray Foreman, a meteorologist with CNN affiliate KODE in Joplin. Makeshift triage centers were set up in tents outside, witness Bethany Scutti said.

The hospital was treating 183 people when the storm struck, Britton said. It was unclear if any were injured in the storm. The patients were taken to hospitals as far away as Springfield, Missouri, and northwest Arkansas.

Structural engineers were on their way to Joplin to assess the building, where 1,700 people work, Britton said.

Residents 70 miles away from Joplin in Dade County, Missouri, found X-rays from St. John’s in their driveways, said Foreman, indicating the size and power of the storm. Gurneys were blown several blocks away.

Storm chaser: ‘Trees are de-barked’ Among other structures damaged, a Walmart store took a direct hit from the tornado, and a nursing home was believed destroyed, the State Emergency Management Agency reported.

The tornado caused significant damage to several Joplin schools, including Joplin High School, whose seniors had just finished graduation ceremonies at a nearby university when the storm struck.

“It just looks like it’s been bombed from the outside in,” he said. “It’s just terrible.

The district canceled all classes for Monday as officials evaluated the situation.

St. Mary’s Catholic Church and its elementary school were demolished, said Recy Moore, a spokeswoman for the Springfield Diocese, which includes Joplin. The pastor, the Rev. Justin Monahan, rode out the storm in a bathtub at the rectory.

“Parishioners had to dig him out, but he’s OK,” she said.

C.J. Campbell and his foster sister survived the storm, despite the home they were in collapsing around them. He called the tornado an “evil monster vortex.”

It began as a low roar, he said.

“Then it got louder and louder until it sounded like about 50 semi tractor-trailer trucks fully laden going about 70 miles per hour about 10 feet outside the front door,” he said. “The floor began to vibrate and then shake very violently and seemingly buckle, and we thought we were going to be sucked up the chimney.”

“I remember at one point walking around the Walmart to the south and seeing the area that used to be Home Depot, and just standing there not knowing what to think or do,” he said.

The storm also overturned as many as a dozen tractor-trailers on Interstate 44 as it barreled through the town, a major trucking center. The interstate, shut down for nearly 12 hours, reopened Monday morning, according to Mike Watson with the Missouri State Highway Patrol. No motorists were severely hurt, he said.

Joplin, Missouri: Bonnie and Clyde hid out there

Amber Gonzales was driving through southwest Missouri when she heard tornado warnings on the radio. She took refuge at a gas station before getting back on the road and seeing the aftermath of what she narrowly missed.

At a shopping center, she saw people pulling victims from rubble and rushing them to the hospital as overwhelmed emergency workers were unable to reach everyone in need.

“I saw an older woman taken on the back of a truck bed, speeding down the road,” Gonzales said. “I can’t get the lady out of my mind. … I don’t know if she made it.”

Pastor Jim Marcum of Citywide Christian Fellowship church said he was delivering a sermon to about 100 people when a man jumped in and said, “It’s coming this way.”

“I didn’t know which was louder, us praying or the wind outside,” Marcum said late Sunday. He said those inside the church could feel the pressure of the wind.

“We were praying to be spared. I just thank God,” Marcum said.

After the storm left, church members went out to help.

“Every time people would leave and go out to help as part of a search and rescue, people would return and they would be emotional,” Marcum said. “We have one couple still at the church late into the night because their home was completely destroyed. They don’t have a home to go to.”

The tornado was part of a line of severe weather that swept across the Midwest on Sunday, prompting tornado watches and warnings that stretched from Wisconsin to Texas. High winds and possible tornadoes struck Minneapolis and other parts of Minnesota, leaving at least one person dead and injuring nearly two dozen others, police said.

Elsewhere, reports of tornadoes came in from Forest Lake, north of the Minneapolis-St. Paul area, and near Harmony, more than 120 miles to the south. In Minneapolis, witnesses reported numerous downed trees and neighborhoods without power.

LeDale Davis, who lives on the north side of Minneapolis, told CNN, “This is the first time we can remember a tornado touched down in this area. They aren’t usually in the heart of the city.”

Forecasters said the system that struck Minnesota was separate from another storm that struck eastern Kansas on Saturday, killing one person and damaging or destroying hundreds of homes there.

Dear Yoochun. We love you. Get well, rest well, and we’ll pray for your strength. Don’t push it, sweetheart. We look forward to the next performance..XXXXXXXX’s and OOOOOOOOOOOO’s + <3's Momma Cha News: Park Yuchun recovering from Enteritis… & shows off great power in commercial 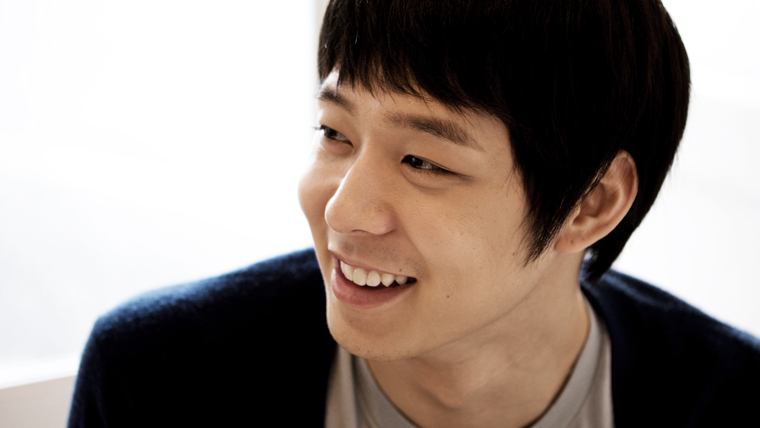 During a phone conversation with OSEN on the 27th, JYJ’s rep stated “Because of enteritis, Park Yuchun visited the hospital on the 25th and is resting at home since then. Because his condition isn’t severe, he wasn’t admitted and came back after receiving a day’s worth of treatment. He seems to have gotten enteritis because of reasons such as fatigue accumulation.”

He further added, “because MBC “Ripley” currently hasn’t started full-scale shooting, there isn’t a problem with the drama schedule.”

On the other hand, there is news that Park Yuchun, who is spending busy days with his World Tour Concert and Drama preparation, has recently quickly risen as a blue chip in commercials.

In the ad, Park Yuchun provokes womens’ hearts by clearly showing off a pure handsome teacher image. A rep stated, “Park Yuchun’s effect is so great that the ad directly led to sales and is surprising us. From my knowledge, a lot of advertisers currently have an eye on [him]. JYJ is probably the only celebrity that distinguishes itself in commercials despite not having appearances on television.”