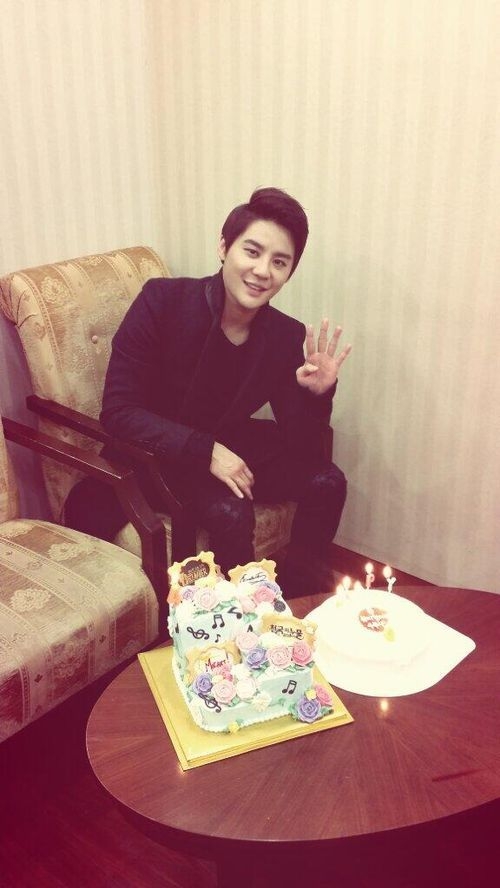 Yesterday, JYJ began their ‘The Return of the JYJ’ Japan Tokyo Dome concert and met with 150,000 fans. The streets were covered in posters and videos played of the group as well.

Their agency stated, “At the April 3 concert at the Tokyo Dome, all 150,000 seats were sold out. Over 300,000 people had tried to reserve for this concert. JYJ has widened their spectrum as they have also started acting careers as well. They made their fan base even bigger after they became the first Korean group to hold a Europe and South America concert as part of their world tour.”

On the streets, not only were there posters, but also video footage from the member’s dramas playing on screens as well.

A Japan commercial agency stated, “Although today is a weekday, the streets are packed and JYJ’s concert has been sold out. They really are amazing artists.”

The producer in charge of JYJ’ concert stated, “JYJ’s perfect performance and amazing vocals have allowed them to be recognized more as artists than idols in Japan. It is rare to see a group be able to sing 26 live songs at a concert. This shows that all members of the group really do put in their 120% when performing.”

On the streets of Japan, traces of the Hallyu can also be seen as there are also specialized JYJ sections for advertisements.

JYJ’s concerts will also be broadcasted live in Japan theaters as well. For their last concert on April 4, it will be played live on a total of 113 different movie theaters in Japan.

One official commented, “This idea was thought up in order to allow fans who did not buy tickets to still be able to enjoy the concert.”